US investigators are trying to recover the black box of the aircraft stolen from the Seattle-Tacoma International Airport, which crashed into a small island in the Puget Sound in the west US state of Washington Friday, a federal investigation agency official said Saturday.

"We know where they (flight data recorders) are located in the aircraft. We just need to get out there to take a look at the wreckage (and) figure out where everything is and then we can start digging into it," Debra Eckrote, regional chief of the National Transportation Safety Board (NTSB) Western Pacific, told reporters in Seattle. 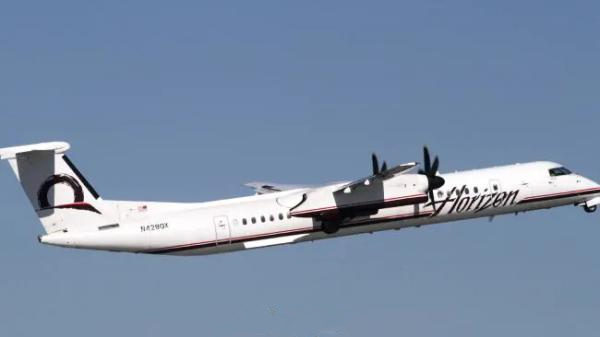 The man who stole the empty aircraft of Horizon Air, which was a Q400 turboprop jet, was identified as 29-year-old Richard Russell, who was killed after the plane crashed on Ketron Island of the Puget Sound region, local media quoted multiple sources as saying.

The "suicidal" airline employee responsible for ground service was a "quiet guy" who was "well liked by the other workers," Rick Christenson, an operational supervisor with the airline who retired in May, told the Seattle Times.

Russell worked as a member of Horizon's tow team and helped handle baggage for the airline, Christenson said.

Russell had worked at Horizon Air for nearly four years, an airline official said. Authorities said the young man was a resident of Pierce County in Washington state.

He stole the 76-seat Horizon Air turboprop aircraft, took off from the runway at 7:32 p.m. local time Friday, and flew across the Puget Sound region doing dangerous giant loops and stunts in the air during its hour-long flight before the crash.

His plane was chased by two US F-15 fight jets dispatched by North American Aerospace Defense Command before it crashed on the small, sparsely populated island about 64 km away from the Seattle-Tacoma airport.

The Federal Bureau of Investigation (FBI) ruled out the hijacking was an act of terrorism Friday night.

"Although response efforts to tonight's aircraft incident and the investigation are still ongoing, information gathered thus far does NOT suggest a terrorist threat or additional, pending criminal activity," the FBI said in a Twitter post.

Ground operations at the Seattle airport were halted for some time before it was restored at 8:40 p.m local time Friday (03:40 GMT Saturday).

Approximately 75 flights were delayed, nine flights were diverted to other airports and five flights canceled during the time of the incident, the authorities of the Seattle-Tacoma airport said in a statement Saturday.

Seattle-Tacoma is the ninth busiest airport in the United States, serving more than 46.9 million passengers in 2017.