WORLD US is losing leadership, attempt of 'Western unity' through G7 hard to tick off: experts

US is losing leadership, attempt of 'Western unity' through G7 hard to tick off: experts 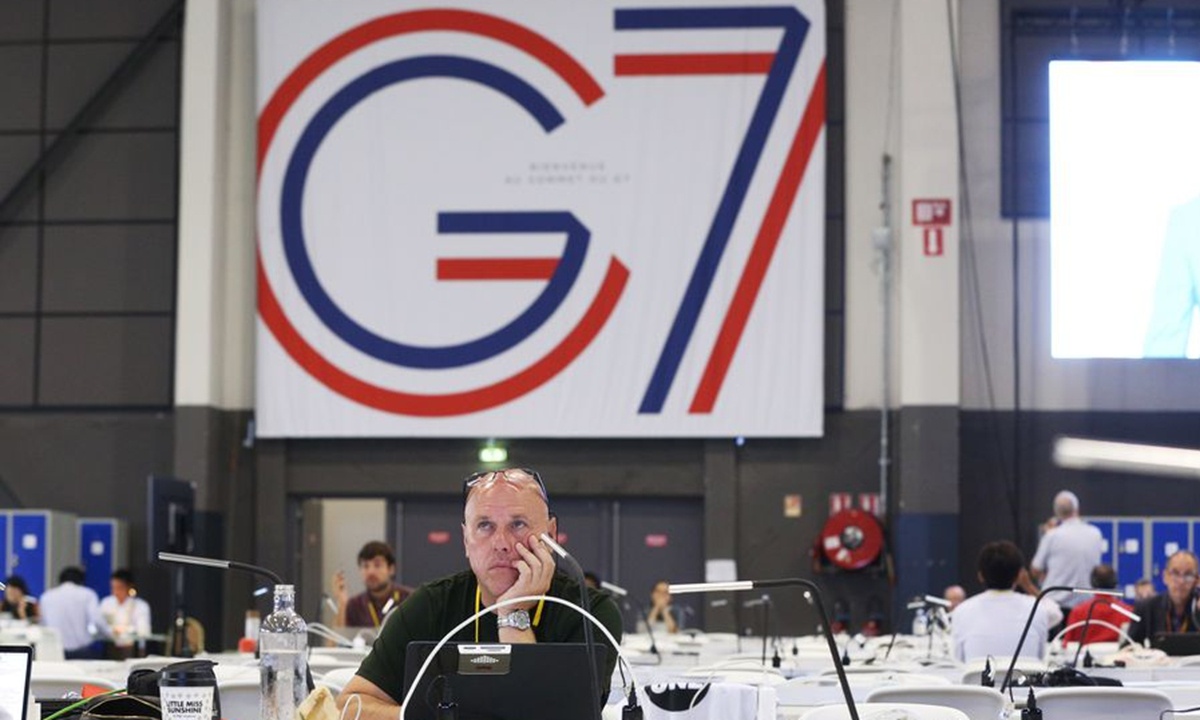 The Biden administration takes another step in repairing allies and consolidating the West, as the Group of Seven nations (G7) virtual meeting kicks off on Friday, in which, however, a sense of "strange bedfellows" has been caught by international affairs pundits.

The G7 meeting came after the meetings of the 30-member NATO on Wednesday and Thursday, in which the world's most powerful military allies reportedly discussed an array of challenges, including those from China and Russia. The US Secretary of State Antony Blinken on Thursday also met virtually with his counterparts from Japan, Australia and India in the "Quad" framework.

Analysts said that besides the above two major events, the Biden administration is trying to underscore that trusty Captain America is back on the G7 stage, especially after the four-year "America First" policies posed by Donald Trump.

The "club of the West" was once dominated by the US, but after the recent saga of domestic and international challenges, how much US leadership remains? Shen Yi, a professor at the School of International Relations and Public Affairs of Fudan University, questioned.

The answer to whether the US can take back leadership from China in fighting the virus, climate change and multilateral trade is no, Shen said.

The Biden administration will pledge $4 billion to COVAX, a vaccination program, at the G7 meeting for developing countries, US officials announced on Thursday. The confirmed COVID-19 cases of G7 members account for around 40 percent of the world's total.

Cui Hongjian, director of the Department of European Studies from the China Institute of International Studies, told the Global Times on Friday that the G7 is more political than practical, trying to convey an impression of "Western unity."

The agenda of the G7 reflects the Biden administration's two priorities: counter pandemic and economic recovery. However, as the G7 members are still in a mess in terms of the above two fields, nothing significant will be done in the near future.

"They are likely to discuss greater cooperation under the WHO and reforms that reflect more of the West's will," Cui noted.

Observers pointed out that disputes over trade, especially tariffs and rules, have a barring effect between the US and the other G7 nations. And it would be difficult for the Biden administration to win the trust of the G7 members without a significant change from Trump's policies.

When the economic and trade friction among G7 members is difficult to resolve, and in fact, they are economically dependent on China. China ironically becomes the agenda with claims of "aggressive actions."

The US is very likely to use its "fear of over-dependence on China's economy" as a means to build allegiance and forge a new G7 consensus to make rules to contain China's development, Cui said.

However, analysts said the American vision is difficult to implement, as other countries have their own interests in mind.

After Brexit, the G7 will become a platform for the UK to invest heavily in foreign policy, said Cui. As the host country of 2021 G7, the UK has made a full preparation for the event that embodies "Western unity," including recent moves like pulling the license of Chinese state-run media outlet CGTN and giving Hong Kong British national (overseas) passports a path to residency and citizenship.

The UK is hoping to reset its "special relationship" with the US, to rely on and follow along in its campaign to pressure China so that it can maintain the status of a major power, Yang Xiyu, a senior research fellow at the China Institute of International Studies in Beijing, told the Global Times on Friday.

France and Germany will appear to cater to the US in the G7 meeting, but they will also use the occasion to make conditions and demands, Cui said, noting that the political and economic contradictions between Europe and the US cannot be resolved by a few meetings.

The UK, formerly the empire on which the sun never set, may become a political speculator in the G7. "By being closer to the US, the UK can charge Europe for some issues, yet, could also stand with Europe on some issues and cry to the US," Cui said.

Germany and France, as the bellwethers of the EU, focus on making the EU an independent group while maintaining an appropriate distance with the US, Yang said.

Japan only needs to show its identity as a member of the club, but deep down, it knows that the consequences of being enemies with China will make Japan another Australia or Canada, Shen said.

The seven members of the G7 were among the most powerful countries in the world when it was established, but after the Cold War, the G7 has been on a fast track of division, with its members declining both economically and politically, Yang said.

The G7 has now completely lost its shape and is marginalized, Yang said.