WORLD US 'isolated' on sanctions against Iran, even among its allies: Rouhani

US 'isolated' on sanctions against Iran, even among its allies: Rouhani 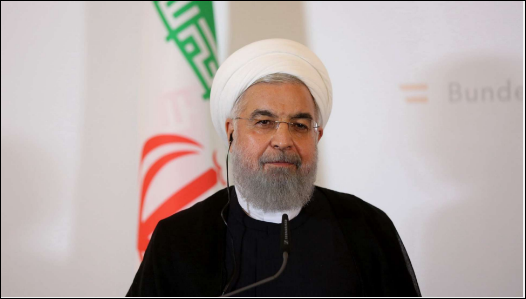 Iranian President Hassan Rouhani said on Saturday the United States was more isolated than ever over sanctions against Iran, even among its allies, in remarks carried live on state television.

Rouhani, speaking after meeting the heads of parliament and the judiciary, appeared to be trying to ease popular concerns fueled by US President Donald Trump’s decision to withdraw from world powers’ 2015 deal with Iran on its nuclear program.

Iran nuclear deal, also known as the Joint Comprehensive Plan of Action (JCPOA), was the culmination of a decade of talks aimed at reining in Iran’s nuclear program, and was welcomed as a historic move by its signatories, including EU members France, Germany and Britain, plus the US, Russia and China.

On May 8, 2018, however, US President Donald Trump announced that Washington was withdrawing from the deal, and reimposing tough economic sanctions on Tehran.

The likely return of US economic sanctions has triggered a rapid fall of Iran’s currency and protests by bazaar traders usually loyal to the Islamist rulers.

“Today, we are in conditions in which the United States is more isolated than ever over the sanctions issue. America’s illegal actions ... have even isolated it among its own allies as we just saw,” Rouhani said, referring to protests held in Britain against Trump’s visit there.

“The government pledges to the people that there will be no problems for the country in terms of energy, transportation, basic goods and production,” Rouhani said.