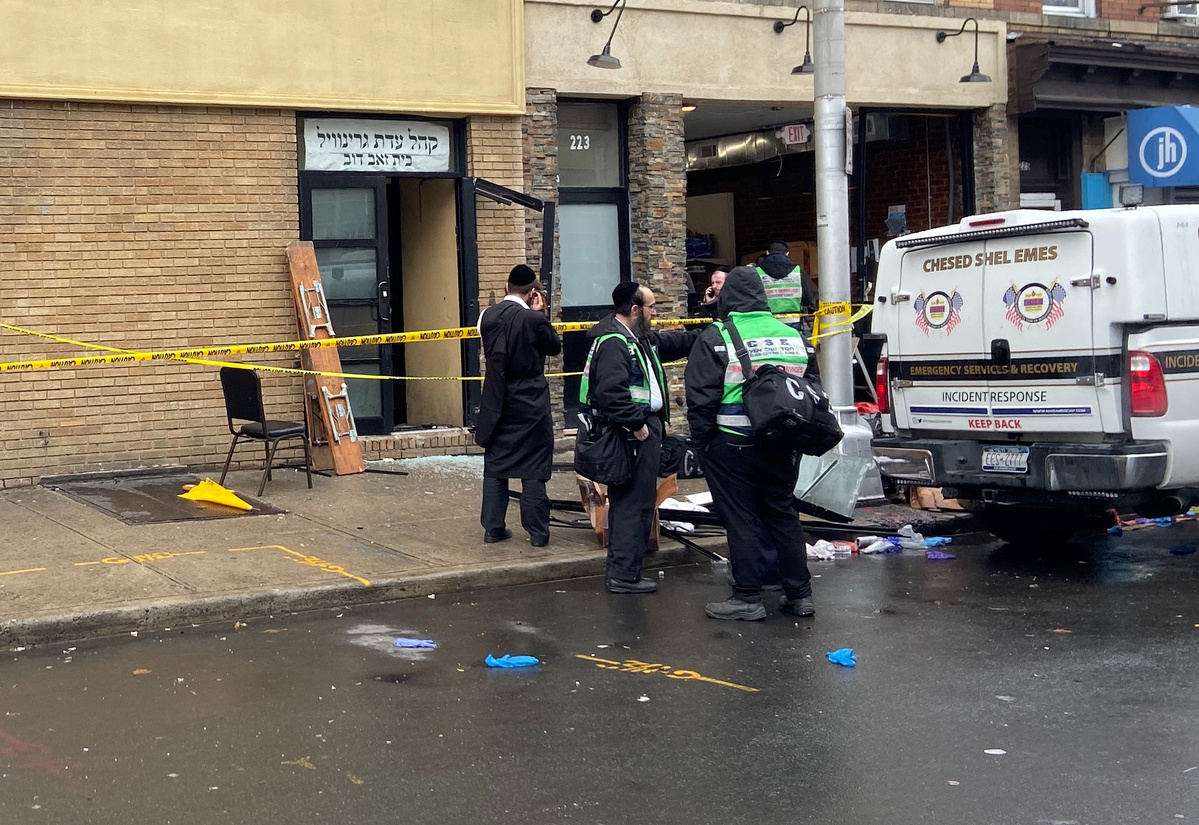 A picture of the scene the day after an hours-long gun battle with two men around a kosher market in Jersey City, New Jersey, US, on Dec 11, 2019. (Photo: Agencies)

Six people have died, including a police officer, three civilians and two shooters, in a lengthy gun battle on Tuesday in the southern part of Jersey City across the Hudson River from New York City. All excluding the police officer were killed inside the JC Kosher Supermarket, a kosher grocery store.

Surveillance video showed the shooters, a man and a woman armed with long guns, calmly exited a van and opened fire at the store, authorities said.

Investigators are checking into writings with anti-Semitic and anti-police sentiments, according to a CNN report, citing law enforcement sources.

"At the time of the incident yesterday, it was difficult to understand intent, and there's still a lot of questions around that. But after reviewing the CCTV [closed-circuit TV] cameras on the Jersey City side, we do feel it was a targeted attack on the Jewish kosher deli across the street here," Jersey City Mayor Steven Fulop said at a press conference on Wednesday.

"We could see the van moving through Jersey City streets slowly. The perpetrator stopped in front of there, calmly opened the door with two long rifles, him and the other perpetrator, and began firing from the street into the facility." said Fulop.

"Had (the police officers) not been there in that location, more than likely more people would have died," Fulop said.

Prior to the shootout, Detective Joseph Seals was killed when he approached the shooters' van near Bayview Cemetery in the city.