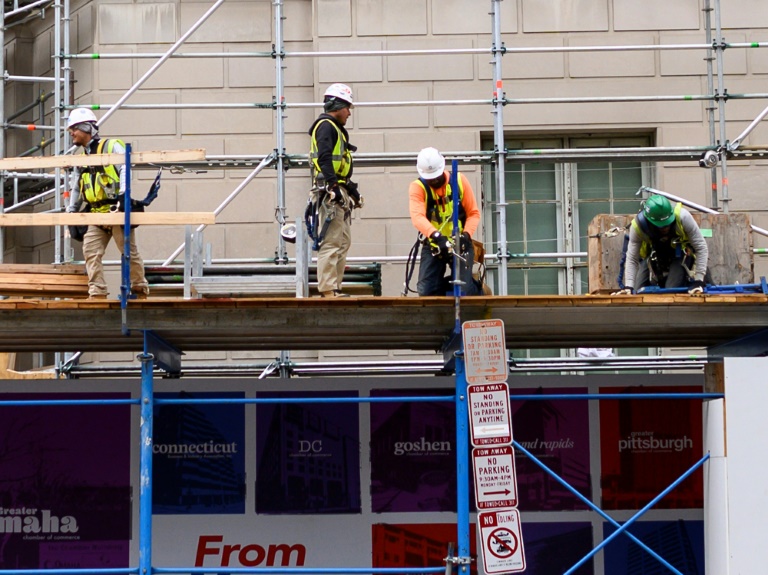 The US economy saw an explosion of new hiring in January, possibly helped by mild weather but nonetheless getting the year off to an impressive start, according to key government data released Friday.

The surprising gain will be a boon to President Donald Trump, who has emerged intact from his impeachment and trial and can now trumpet his economic record as he battles to win re-election in November.

"So jobs continue to be great. Our country continues to do great," Trump told reporters later at the White House.

Still, after more than a decade of steady growth and job gains, and with steep tariffs on many products from China still in place, it is questionable whether the hiring pace can continue, especially since the economy is projected to slow this year.

The blockbuster number was a rebound from a tepid December report, but the latest gains mean the economy added an average of 211,000 jobs in the last three months.

That is a healthy improvement on the 175,000 average of 2019 when the economy cooled amid Trump's multifront trade wars that led to tariffs on huge amounts of imports and American goods sold abroad.

Even with the big job gains in January, the unemployment rate ticked up by a tenth of a point to 3.6 percent. But that can be attributed to an increase in the labor force, as more people returned to the job market, and the jobless rate still remains near a 50-year low.

However, they said, "employers continue to face a volatile and uncertain global environment which, along with a cooling domestic backdrop, will lead them to be more cautious hiring."

The construction sector, which is highly weather-dependent, added a stunning 44,000 positions last month -- nearly four times the monthly average of 2019.

But the housing sector, a key driver of the US economy, continues to face a shortage of workers, making it hard to keep up with demand for new homes, with buyers drawn by low interest rates, which is pushing up prices.

"America is currently short by around 5 to 6 million housing units and much more construction is needed," said Lawrence Yun chief economist at the National Association of Realtors.

Meanwhile, jobs in the leisure and hospitality sector jumped 21,000, bringing the total over the past six months alone to 288,000, according to the report.

The manufacturing sector, which slumped into recession last year under the weight of punitive tariffs imposed in the trade confrontations, both on inputs and on exports, lost 12,000 positions in January -- almost entirely due to a decline in the auto sector.

Trump has justified his confrontational trade policy with promises to help US manufacturing, but industries have not seen the big boost.

"Manufacturing accounts for only 8.4% of payrolls, but it punches above its weight in the eyes of the markets, media, and politicians," said Ian Shepherdson of Pantheon Macroeconomics.

And despite a trade truce signed with China last month, which left most tariffs in place, as well as the continental free trade deal with Mexico and Canada known as USMCA, industry leaders remain concerned.

"The president took a victory lap by signing the China 'Phase 1' and USMCA deals, but out in the real world, the manufacturing sector is still hurting."

Meanwhile, the US health care sector added another 36,000 jobs in the month, and has grown by 361,000 over the past 12 months, according to the report.

The labor force participation rate rose 0.2 percentage point to 63.4 percent as more people returned to the workforce to look for jobs.

Worker pay grew by seven cents to an average of $28.44 an hour last month, and has grown 3.1 percent over the past 12 months.

That gain outstrips inflation and is key to helping US consumers keep buying goods and services -- a force which has been shoring up economic growth in the face of headwinds from abroad and sluggish growth at home.