US job gains may have stalled in July amid virus spike

The promising jobs recovery in May and June may have come to a screeching halt in July as COVID-19 cases spiked and newly rehired workers in some states were sent home. 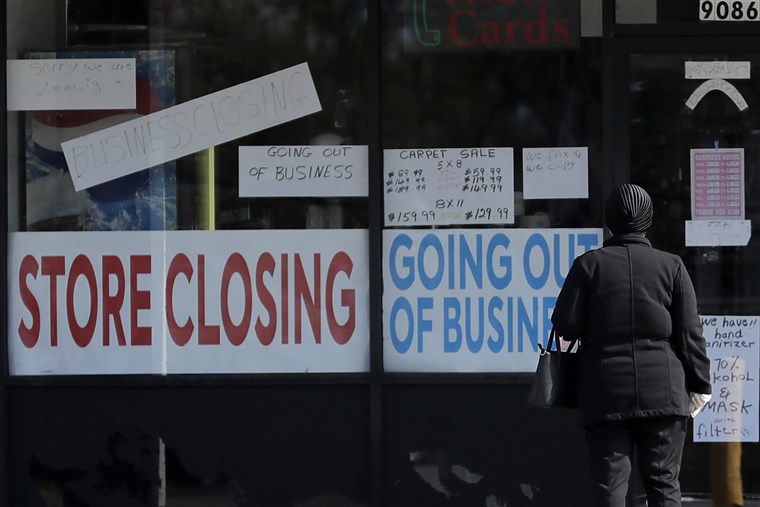 Payrolls are expected to have risen by about two million last month in the government data due out Friday, but some economists warn the gain could be much lower and is at risk of declining in August, bad news for President Donald Trump who trails in polls behind Democratic contender Joe Biden.

And with state and local governments facing a cash crunch, and the continuing virus risk meaning many schools will not fully reopen, there is a growing risk of a new wave of layoffs and women leaving the workforce in the coming months.

The outlook for July job gains took a hit when payroll services firm ADP reported a shocking private payrolls increase of just 167,000, about 1.5 million below the consensus estimate.

While the ADP figure can be wildly out of synch with the all-important Labor Department monthly jobs report due out Friday, it cemented the worries analysts already were feeling.

"Our hopes of another solid increase in payrolls in July were severely dented" by the ADP report, said Ian Shepherdson, chief economist of Pantheon Macroeconomics, who is projecting a gain of just one million nonfarm jobs.

Diane Swonk of Grant Thornton expects a gain of just 750,000, while Lydia Boussour of Oxford Economics is even more pessimistic, forecasting a decline of 280,000.

"While not a large pullback, the July decline would underscore that the foundation to this recovery is cracking amid the recent surge in coronavirus cases nationwide," Boussour said in an analysis.

Trump cheered the surprisingly large job gains in June, a stunning rebound that brought 4.8 million people back onto payrolls and lowered the unemployment rate to a still high 11.1 percent.

But the July data, which like every month is collected in the week that includes the 12th day of the month, will reflect the period when cases were on the rise in many states which may have eroded some gains.

Even so, the unemployment rate is expected to dip to 10.5 percent -- still worse than the peak during the global financial crisis in October 2009.

"I do think you could see some flattering in these numbers on Friday just because of the timing of when this data was collected," Joel Prakken of IHS Markit told AFP, acknowledging that the concern "you might even see a negative number."

"I think the virus is the boss still," until a vaccine is developed, he said.

Another danger is building that could further jeopardize Trump's reelection bid in November: small businesses that are major sources of new jobs are shutting down at a rapid pace.

Steven Hamilton, assistant professor of economics at George Washington University, estimates more than 400,000 American businesses closed permanently in the three months through June 15 due to COVID-19.

"This is the same number of businesses lost over four years during the Great Recession. Don't expect the labor market to recover any time soon," he said on Twitter.

Swonk warned that "Permanent firm closures and layoffs are undermining the base from which to rebuild."