WASHINGTON, Dec. 5 (Xinhua) -- The number of initial jobless claims in the United States dropped to 203,000 in the week ending Nov. 30, according to a report released by the U.S. Labor Department on Thursday.

The report said the number of people filing for U.S. unemployment benefits decreased by 10,000 from the previous week's unrevised level of 213,000.

The report also showed that four-week moving average of initial claims, a method to iron out data volatility, also slipped to 217,750, a decrease of 2,000 from the previous week's unrevised average of 219,750.

The reading of jobless claims remained below the 300,000 threshold, signaling a tight labor market in the United States.

U.S. employers added 128,000 jobs in October, and the unemployment rate was slightly up to reach 3.6 percent, the U.S. Bureau of Labor Statistics reported on Nov. 1. The bureau is scheduled to release November employment report on Friday. 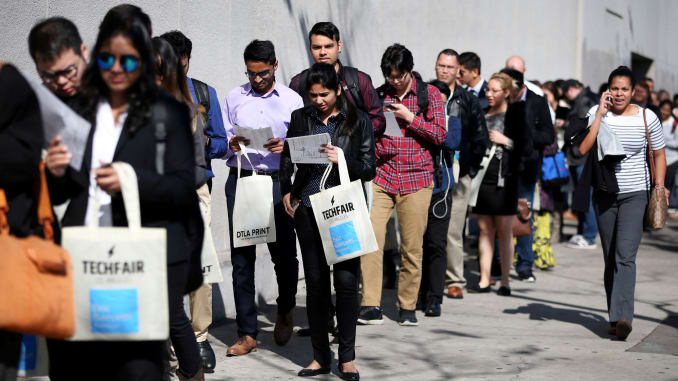