WORLD US jobless claims rise to 885,000 amid resurgence of virus

US jobless claims rise to 885,000 amid resurgence of virus

The number of Americans applying for unemployment benefits rose again last week to 885,000 as a resurgence of coronavirus cases threatens the economy’s recovery from its springtime collapse. 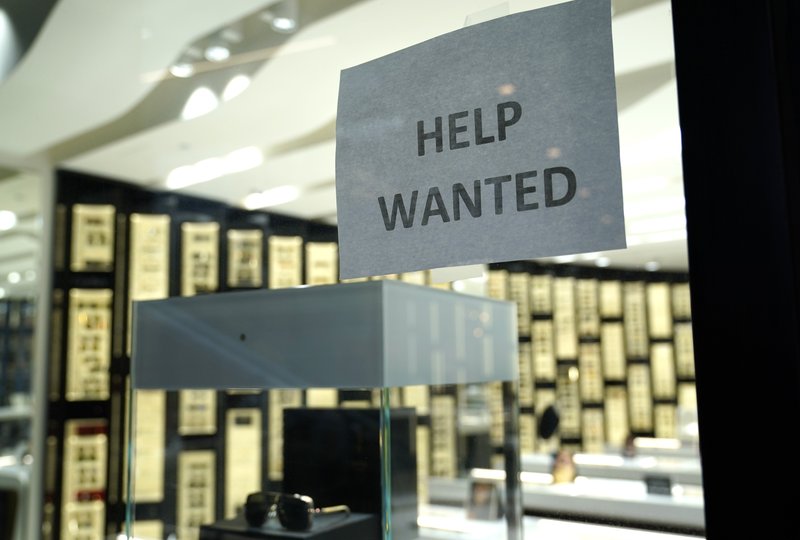 A Help Wanted sign is posted at a Designer Eyes store at Brickell City Centre, Friday, Nov. 6, 2020, in Miami. The number of people applying for unemployment aid jumped last week to 853,000, the most since September, evidence that some companies are cutting more jobs as new virus cases spiral higher. (Photo: AP)

The Labor Department said Thursday that the number of applications increased from 862,000 the previous week. It showed that nine months after the viral pandemic paralyzed the economy, many employers are still slashing jobs as the pandemic forces more business restrictions and leads many consumers to stay home.

Before the coronavirus erupted in March, weekly jobless claims had typically numbered only about 225,000. The far-higher current pace of claims reflects an employment market under stress and diminished job security for many.

The total number of people who are receiving traditional state unemployment benefits fell to 5.5 million from 5.8 million. That figure is down sharply from its peak of nearly 23 million in May. It means that some jobless Americans are finding jobs and no longer receiving aid. But it also indicates that many of the unemployed have used up their state benefits, which typically expire after six months.

With layoffs still elevated and new confirmed viral cases in the United States now exceeding 200,000 a day on average, the economy’s modest recovery is increasingly in danger. States and cities are issuing mask mandates, limiting the size of gatherings, restricting restaurant dining, closing gyms or reducing the hours and capacity of bars, stores and other businesses.

On Wednesday, the Federal Reserve signaled that it expects the economy to rebound at a healthy pace next year as viral vaccines become widely distributed. But Chair Jerome Powell warned that the next three to six months will likely be painful for the unemployed and small businesses as pandemic cases spike. The Fed made clear that it’s prepared to keep interest rates ultra-low for the long run to help the economy withstand those threats.