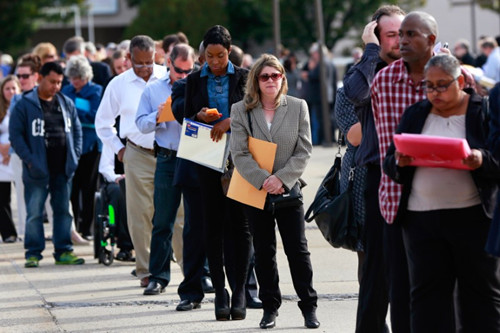 WASHINGTON, November 16 - The number of Americans filing for unemployment benefits unexpectedly rose last week in part as a backlog of applications from Puerto Rico continued to be processed, but the underlying trend pointed to tightening labor market conditions.

Initial claims for state unemployment benefits increased 10,000 to a seasonally adjusted 249,000 for the week ended November 11, the Labor Department said on Thursday. It was the second straight weekly increase.

The claims backlog in Puerto Rico is being cleared as some of the infrastructure damaged by hurricanes Irma and Maria is restored. Economists polled by Reuters had forecast claims falling to 235,000 in the latest week.

A labor department official said while the backlog in Puerto Rico was being processed, claims-taking procedures continued to be severely disrupted in the Virgin Islands.

Last week marked the 141st straight week that claims remained below the 300,000 threshold, which is associated with a strong labor market. That is the longest such stretch since 1970, when the labor market was smaller.

The labor market is near full employment, with the jobless rate at a 17-year low of 4.1 percent. The four-week moving average of initial claims, considered a better measure of labor market trends as it irons out week-to-week volatility, rose 6,500 to 237,750 last week.

U.S. financial markets were little moved by the data.

The claims report also showed the number of people still receiving benefits after an initial week of aid dropped 44,000 to 1.86 million in the week ended Nov. 4, the lowest level since December 1973. The four-week moving average of the so-called continuing claims fell 9,000 to 1.89 million, the lowest reading since January 1974.

In another report on Thursday, the Labor Department said import prices gained 0.2 percent last month as an increase in the cost of imported petroleum and capital goods was offset by a decline in food prices. That followed a 0.8 percent jump in September.

In the 12 months through October, import prices increased 2.5 percent, slowing after a 2.7 percent rise in September. 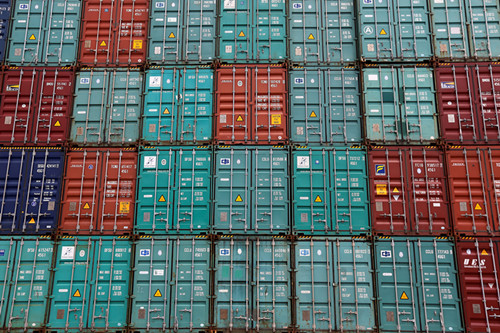 A stack of shipping containers are pictured in the Port of Miami in Miami, Florida, US, May 19, 2016. (Photo: by Carlo Allegri from Reuters)

A weak dollar, which has this year lost 5.4 percent of its value against the currencies of the United States' main trading partners, could keep import prices outside petroleum supported.