US jobless rate soars to 14.7 pct in April, highest level since Great Depression 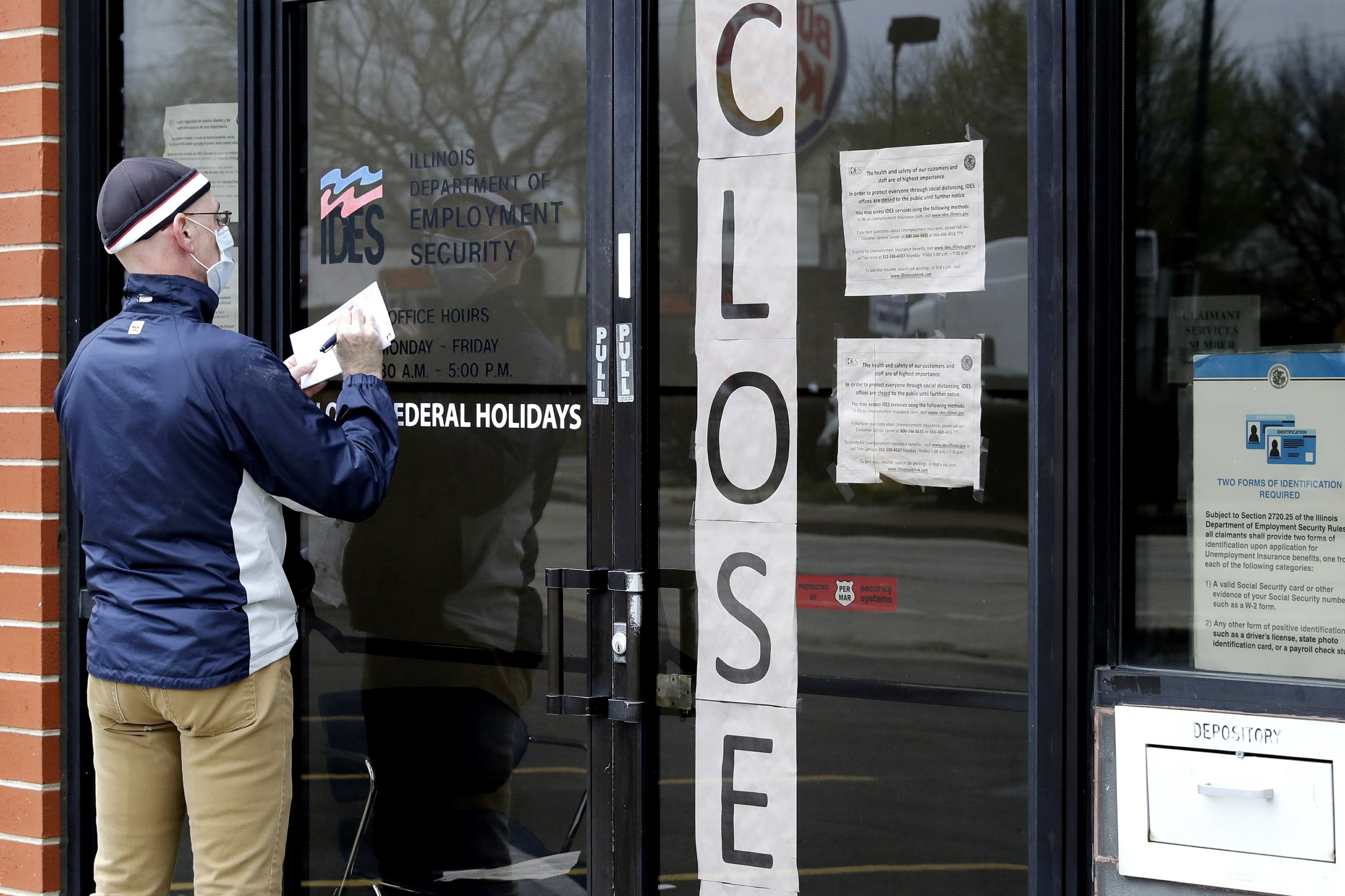 In this April 30, 2020 file photo, a man writes information in front of Illinois Department of Employment Security in Chicago. (Photo: AP)

Washington (People’s Daily) - US employers cut 20.5 million jobs in April, pushing the official unemployment rate to 14.7 percent, the highest level since the Great Depression, according to data released Friday by the Bureau of Labor Statistics (BLS).

“We're looking at a system that people don't pay attention to until there's a crisis, and the crisis came on so quickly this time that there is absolutely no way any of these systems were going to be able to process benefits quickly,” said Michele Evermore, senior policy analyst at the National Employment Law Project.

The impact on the US economy is growing. The US Treasury Department said it plans to borrow nearly $3 trillion in the second quarter of this year to cope with the economic impact of the outbreak. And as more states lift their stay-at-home orders, communities are waiting to see when the economy will get back on track.

The Treasury statement said the increase in net borrowing in the private market was mainly due to the outbreak, including new economic stimulus packages to finance personal and business spending, tax changes resulting from delayed personal and business tax payments, and the assumption that the Treasury will have a cash balance of $800 billion by the end of June. The Treasury also expects to borrow another $677 billion in the third quarter. Total borrowing in the first quarter was $477 billion. Since March 1, the US national debt has risen $1.5 trillion, or 6.4%, to $24.9 trillion, leaving the deficit at $744 billion for the current fiscal year.

US gross domestic product (GDP) shrank by 4.8 percent in the first quarter, the biggest quarterly decline since the 2007-2009 recession, according to Commerce Department data. Beth Ann Bovino, chief US economist at S&P Global, said, "This is just the beginning." She added, “Unfortunately, for many of those in the job market, the question becomes whether these jobs will return and these businesses reopen, which could have devastating and far-reaching economic effects.”

“Although the ‘recession’ is only weeks old, the size of the labor market decline has been unprecedented,” wrote economists from the Federal Reserve, University of Chicago and Automatic Data Processing in a paper published Wednesday.

With the US economic shutdown widespread in mid-March, experts are widely predicting worse economic data for the second quarter. Federal Reserve Chairman xxxxxx Powell said the US economy is likely to experience a double-digit recession in the second quarter, and urged Congress to use its powers to help the economy through the recession without hurting the economy's productive capacity in the long run.

More states are beginning to lift their stay-at-home laws, under the guidance of the federal government, in efforts to get the economy moving again. Goldman Sachs believes a partial relaxation of home ownership rules will allow some businesses to reopen, with manufacturing, professional services and agriculture being the first to do so, while healthcare, education, retail, arts, entertainment, accommodation and food services remaining the most at risk.

Since the outbreak in the United States, Congress has passed a number of economic stimulus measures to try to mitigate the economic impact of the outbreak, and so far the total appropriation has exceeded $3 trillion. US Treasury Secretary Steven Mnuchin said Thursday that congress is debating whether more government bailout funds are needed to combat the epidemic, adding President Donald Trump wants to focus the funding on tax reform and promoting the recovery of tourism. White House economic adviser Larry Kudlow also said he wouldn't rule out anything in the new bill, including more money for state and local governments and small businesses.