WASHINGTON, Feb. 18 (Xinhua) -- After a virtual meeting with Britain, Germany, and France, also known as E3, the United States said on Thursday that it was ready to attend talks with Iran and other major countries to discuss the Iran nuclear issue. 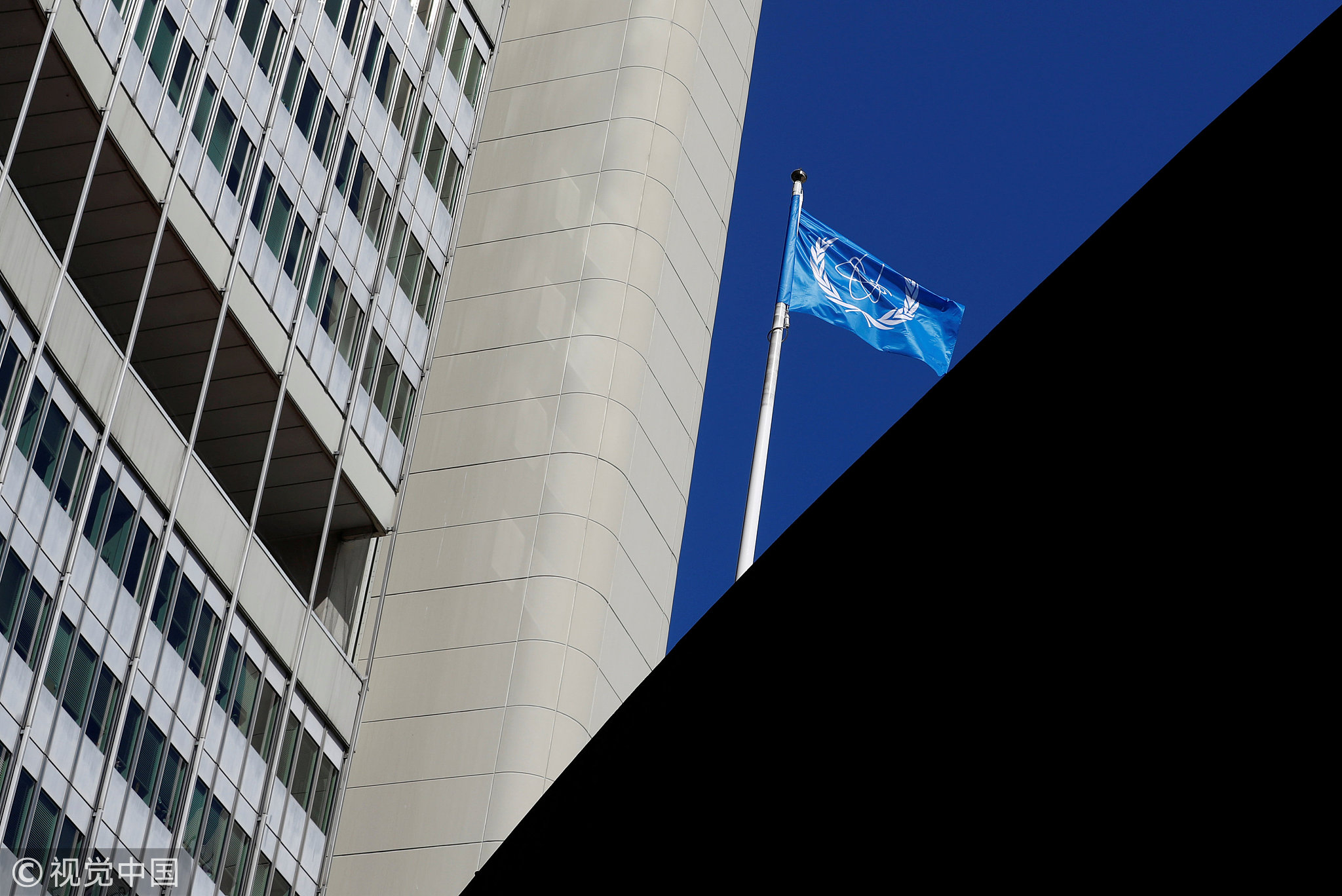 The flag of the International Atomic Energy Agency (IAEA) flies in front of its headquarters during the General Conference in Vienna, Austria, September 18, 2017. (Photo: VCG)

Iran on the same day noted the important role of the European Union (EU) in brokering the high-profile 2015 Iranian nuclear deal, formally known as the Joint Comprehensive Plan of Action (JCPOA), but also asked the United States to show its sincerity by taking the first step to solve their impasse.

U.S. WILLING TO RETURN TO JCPOA

"The United States would accept an invitation from the European Union High Representative to attend a meeting of the P5+1 and Iran to discuss a diplomatic way forward on Iran's nuclear program," American State Department Spokesperson Ned Price said in a statement.

Earlier in the day, U.S. Secretary of State Antony Blinken discussed the Iran nuclear issue with his counterparts from Britain, Germany, and France in a virtual meeting. 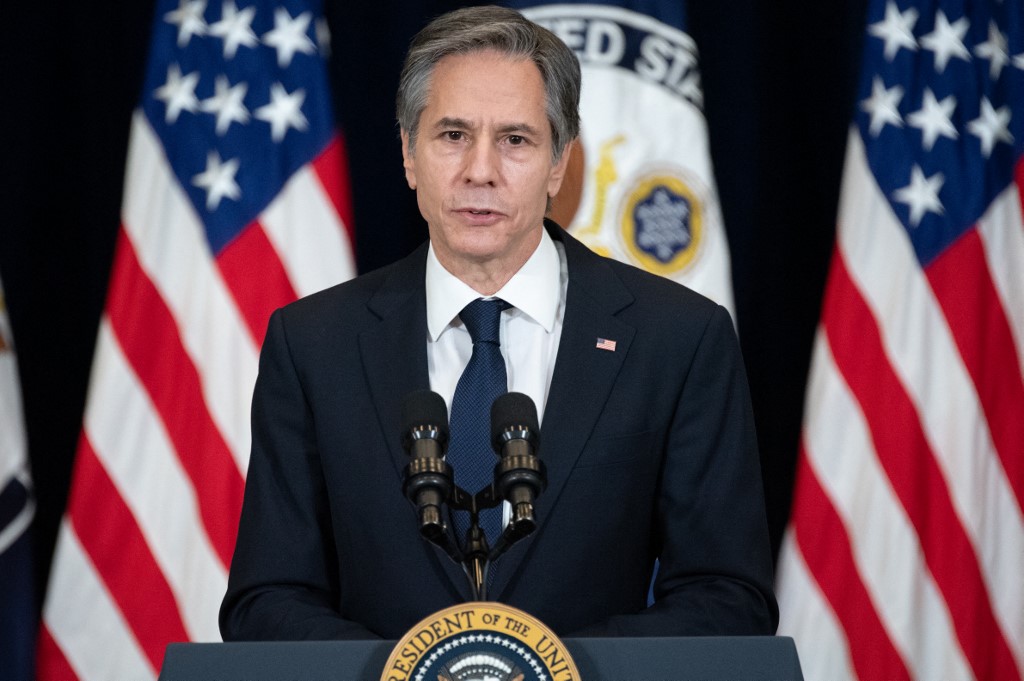 The joint statement by the four foreign policy chiefs expressed concerns over Iran's recent actions to produce both uranium enriched up to 20 percent and uranium metal, calling on Tehran not to limit the verification of the International Atomic Energy Agency.

The statement also indicated that Washington is ready to engage with Tehran over JCPOA.

"The E3 welcomed the United States' stated intention to return to diplomacy with Iran as well as the resumption of a confident and in-depth dialogue between the E3 and the United States," said the statement, adding that Washington and its European allies would consult the issue with China and Russia, which are among the P5+1 countries.

China has welcomed the U.S. return to the JCPOA, saying it is the only right way to break the Iran nuclear deadlock.

"All parties should act with greater urgency, work together to implement the consensus reached at the foreign ministers' meeting last December, and push for the unconditional return of the United States to the JCPOA as early as possible and lift all sanctions against Iran," Chinese Foreign Ministry Spokesperson Hua Chunying said on Thursday, while calling on Iran to resume full compliance with the JCPOA.

In eyes of Barbara Slavin, an Iran expert and director of Future of Iran Initiative at the Atlantic Council, the U.S. move is "a good start" acting in "a multilateral fashion." 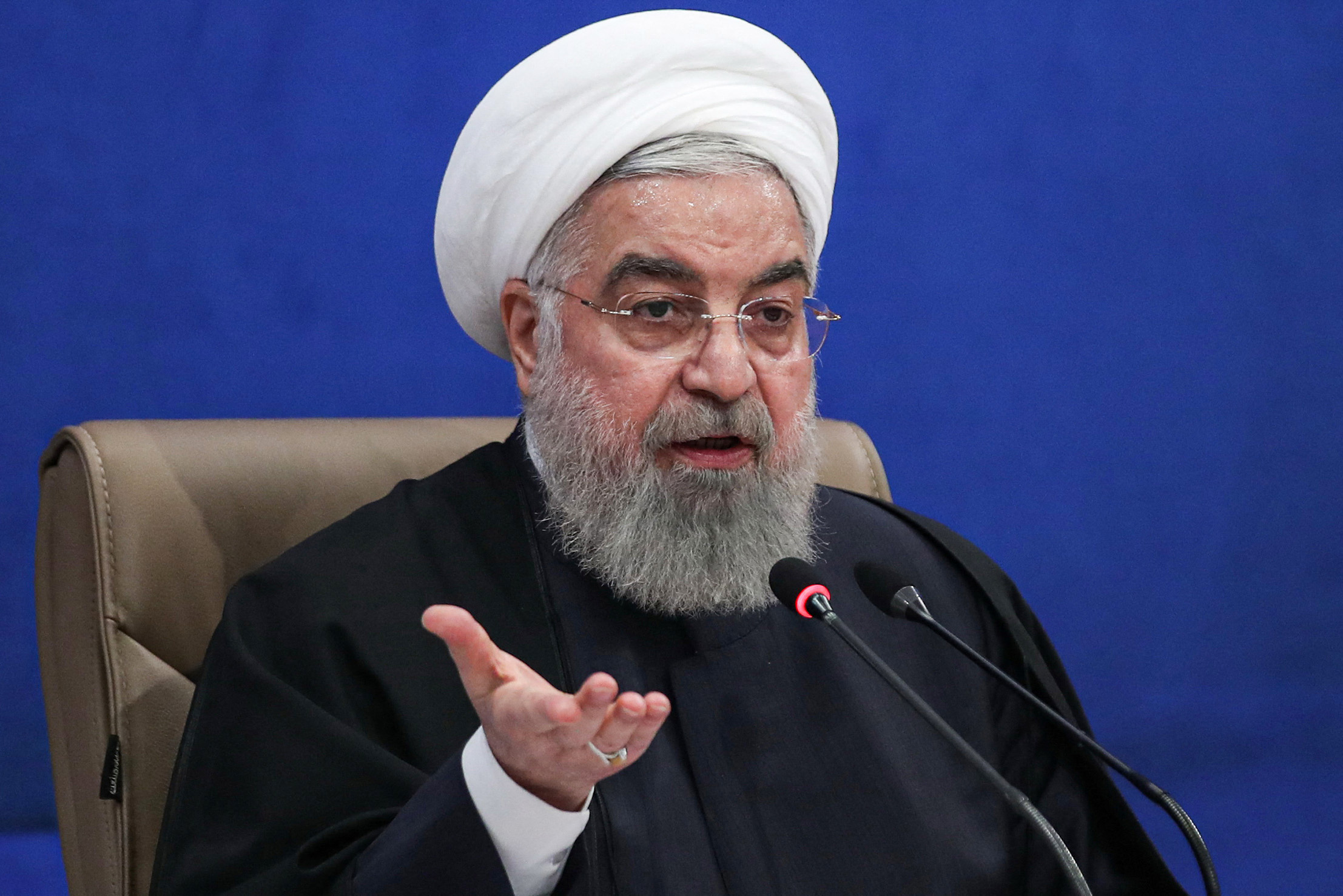 A handout picture provided by the Iranian presidency on February 17, 2021, shows President Hassan Rouhani speaking during a cabinet meeting in the capital Tehran. (Photo: AFP)

Noting that the JCPOA is a significant fruit of multilateral diplomacy, Rouhani said the EU should take appropriate action to oppose the U.S. unilateralism.

In the joint statement with his E3 counterparts, Blinken said, "If Tehran comes back into strict compliance with its commitments under the JCPOA, the United States will do the same." He said Washington "is prepared to engage in discussions with Iran toward that end."

Iran, however, insisted the United States take the first step. Iranian Foreign Minister Mohammad Javad Zarif said on Wednesday that as soon as the United States returns to its commitments, Iran will do the same.

On Thursday night, Zarif said on Twitter, "Instead of sophistry & putting onus on Iran, E3/EU must abide by own commitments & demand an end to Trump's legacy of #EconomicTerrorism against Iran."

"Our remedial measures are a response to US/E3 violations. Remove the cause if you fear the effect. We'll follow ACTION," he added.

Meanwhile, the United States also notified the UN Security Council of rescinding the snapback sanctions against Iran that were unilaterally imposed by the Trump administration last year.

"I think they are good symbolic gestures, and there are many more sanctions that need to be removed," said Slavin, the Iran expert.

He said it's "time for everybody to deescalate" and expected the United States to make some goodwill gestures toward Iran in terms of COVID relief and things like that.

Noting that there still are many hurdles, Slavin said he is just mildly optimistic over the future of the nuclear deal.

In response to the U.S. withdrawal from the nuclear deal in 2018 and the re-imposition of sanctions, Iran has suspended implementing parts of its obligations under the 2015 nuclear deal.

Iran has threatened to stop implementing the Additional Protocol of the IAEA if the parties to the JCPOA do not adhere to their commitments. In January, Iran launched a 20-percent uranium enrichment process as part of its Strategic Action Plan approved by its parliament in December 2020.