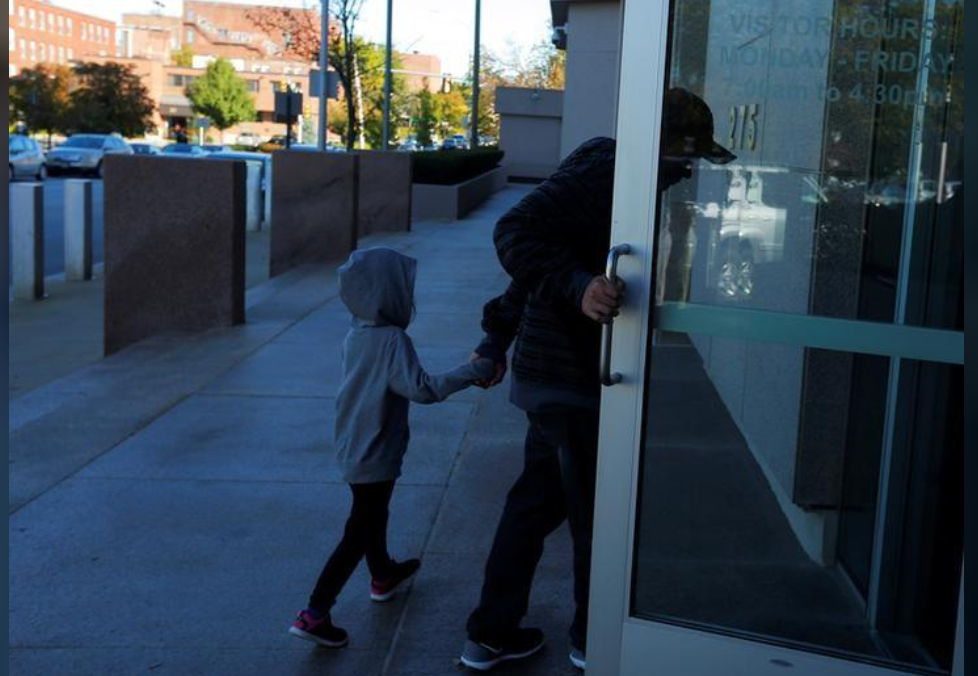 Ethnic Chinese Christians who fled Indonesia after wide scale rioting decades ago and overstayed their visas in the US arrive for a family meeting with ICE in Manchester, New Hampshire, US, October 13, 2017. Photo: Reuters/Brian Snyder

A federal judge on Thursday blocked the deportation of 50 Indonesian Christians who have been living illegally in New Hampshire while they seek to reopen their immigration cases to argue they would likely face religious persecution in their home country.

The group includes people who fled violence in that country two decades ago and had been living openly for years in New England under an informal deal with Immigration and Customs Enforcement until President Donald Trump’s administration last year ordered an end to the arrangement.

US District Judge Patti Saris in Boston ruled that ICE cannot move forward with deportation until the Indonesians have a chance to make their cases for legal residence by arguing they would face persecution or violence if sent back.

She ruled that processes used by the US Board of Immigration Appeals were not adequate to protect their rights as they could be deported while their cases were still pending to the world’s largest majority-Muslim nation.

Saris, who previously temporarily blocked their deportation pending her latest ruling, issued a preliminary injunction preventing the Indonesians’ removal until after the board ruled on whether to reopen their cases.

Sandra Pontoh, pastor of the Madbury Maranatha Indonesian Fellowship in Madbury, New Hampshire, who has been working on the immigrants’ behalf welcomed the news.

Members of the Indonesian community, who live along New Hampshire’s seacoast began receiving orders to return in August, as they showed up for routine ICE check-ins.

In September, they sued, contending their removals violated their due process rights under the US Constitution. Federal officials contend they have always had the authority to deport them.

Federal courts do not have direct authority over immigration matters. But over the Justice Department’s objections, Saris in October ruled that she had jurisdiction.

Their cause has drawn the support of New Hampshire’s all-Democratic congressional delegation, including US Senator Jeanne Shaheen, and Republican Governor Chris Sununu.