Washington (AFP) - A Washington federal judge halted the deportation of a mother and daughter Thursday -- but threatened to hold Attorney General Jeff Sessions in contempt of court after removal proceedings began amid their appeal, the American Civil Liberties Union said. 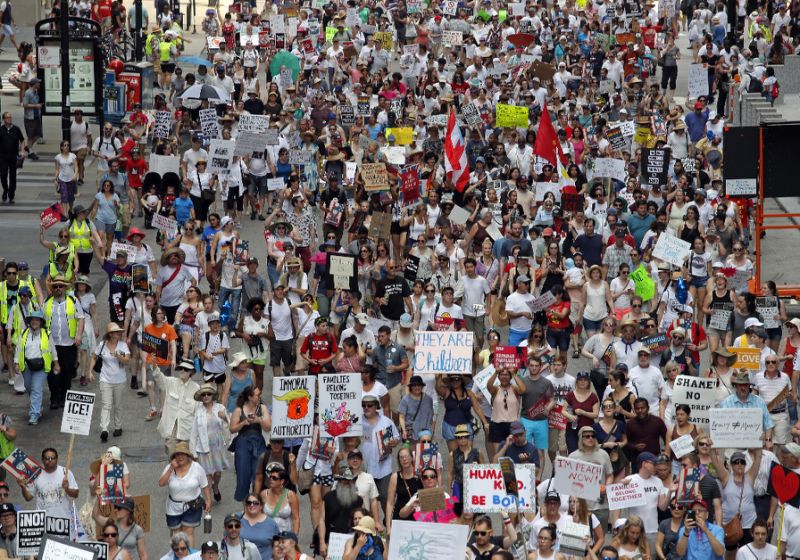 The woman and her daughter were part of a group of immigrants who had fled "extreme sexual and gang violence" in Central America (Photo: AFP)

The woman and her daughter were part of a group of immigrants who had fled "extreme sexual and gang violence" in Central America, according to the ACLU.

The rights group and the Center for Gender & Refugee Studies filed a lawsuit on their behalf Tuesday to challenge the deportation, which prompted a hearing held Thursday.

The ACLU said the judge blocked the deportation while the case was pending. But, "while in court, we found out that the government had deported a client and her young child just hours before, putting their lives at risk," the group said in a series of tweets.

"This directly contradicts the government's commitment to the court that NO ONE would be removed until tomorrow at the earliest."

The organization added that the judge ordered the government to "turn the plane around" or face potential contempt proceedings, "starting with the attorney general."

"That someone seeking justice in U.S. court is spirited away while her attorneys are arguing for justice for her?" he said.

"I'm not happy about this at all."