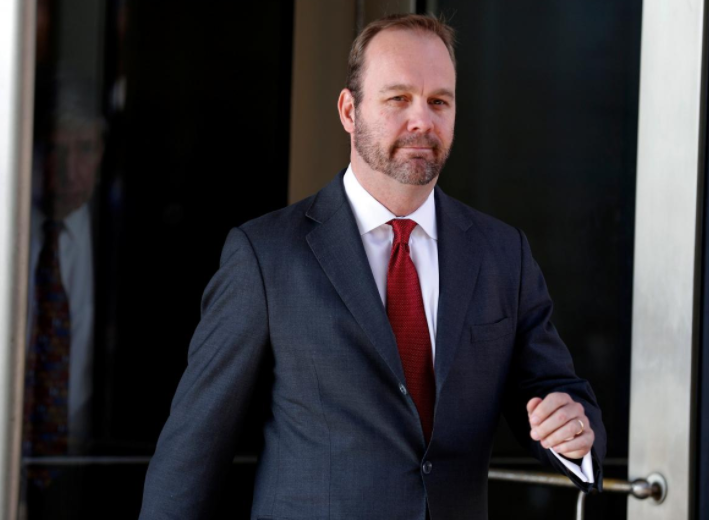 Rick Gates, former campaign aide to US President Donald Trump, departs after a bond hearing at US District Court in Washington, US, December 11, 2017. Photo: Reuters/Joshua Roberts

A US judge has ordered a closed hearing for Friday in the Russia probe case of Rick Gates, a former campaign aide for President Donald Trump, according to a court filing on Thursday.

The hearing will deal with Gates’ attorneys’ request to withdraw from the case over what they have described as “irreconcilable differences.”

Gates was indicted in October, along with former Trump campaign manager Paul Manafort, and charged with conspiracy to launder money, conspiracy to defraud the United States and failing to register as a foreign agent for political work representing a pro-Russia Ukrainian political party.

The charges are part of Special Counsel Robert Mueller’s investigation into whether the Trump campaign colluded with Russia to sway the 2016 presidential election. Trump has denied there was any collusion, and Russia has denied it tried to influence the contest.

The hearing is the second sealed proceeding on Gates’ legal representation. US District Court Judge Amy Berman Jackson has not yet ruled on whether Shanlon Wu, Walter Mack and Annemarie McAvoy, the three lawyers seeking to drop their representation of Gates, can withdraw from the case.

Veteran Washington lawyer Thomas Green was spotted at the courthouse with Gates at a hearing on Feb. 14, but he has not filed a notice with the court saying he is representing Gates.

The rift with the lawyers comes amid some news media reports that Gates is working toward a plea deal.

Friday’s closed hearing will take place two days after a sealed filing by the special counsel that suggests new criminal charges have been lodged in the case. The nature of the charges is unknown and it is unclear when the filing will be unsealed.