WORLD US judge: Key Harvey Weinstein hearing to be held in secret

US judge: Key Harvey Weinstein hearing to be held in secret 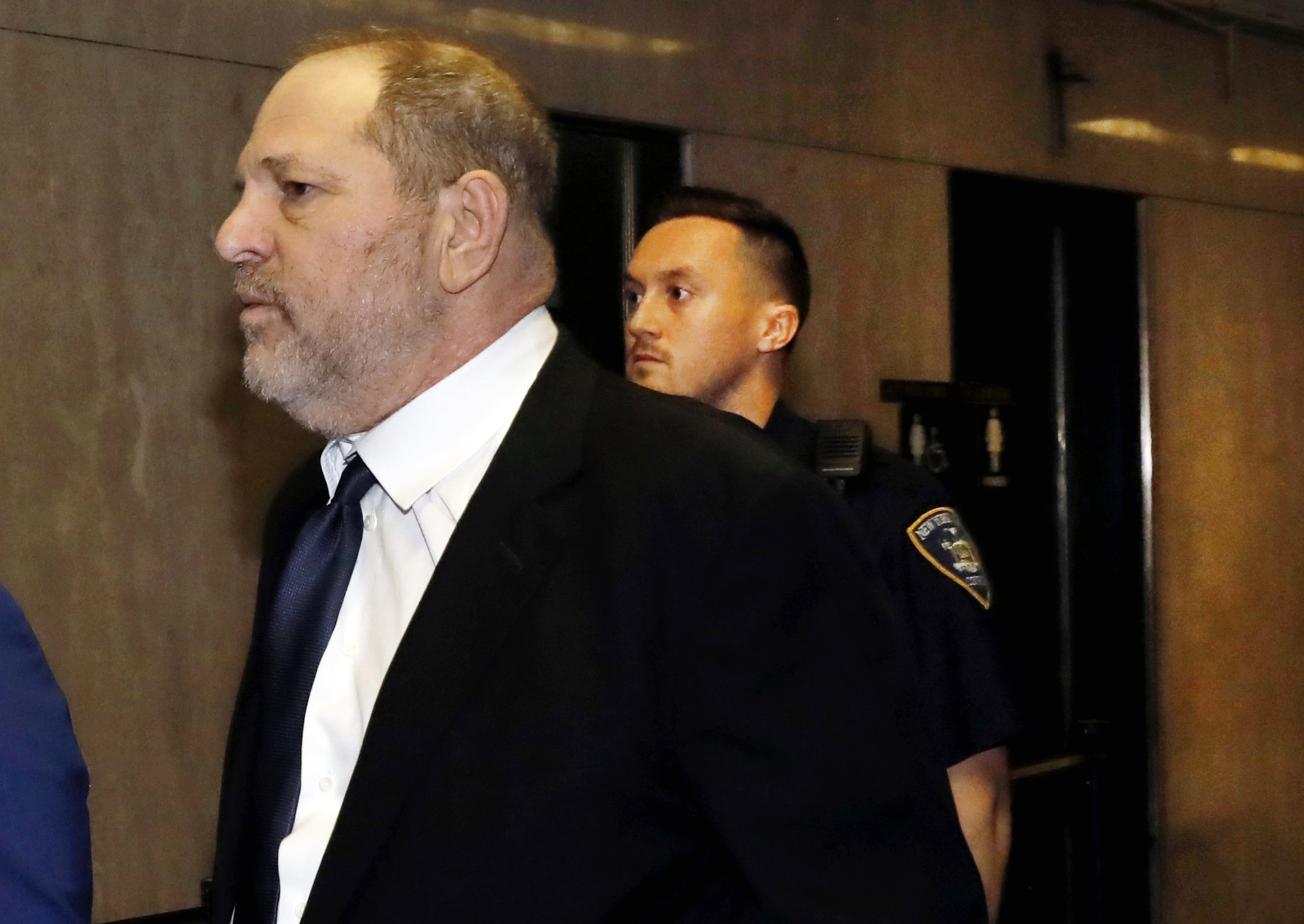 Both the prosecution and defense asked that the hearing, which would deal with trial strategy and potential witnesses, be held behind closed doors.

Manhattan judge James Burke said closing the courtroom to the press and public was “the only means available to avoid the tainting of the jury pool.”

He said coverage of the hearing — which would deal with material that “is prejudicial to the defendant and is highly inflammatory” — would serve no purpose but to stir negative public sentiment toward Weinstein.

Burke also denied the media organizations’ request to delay the hearing so they would have time to appeal. Their attorneys were asking an appeals court to halt the proceeding.

After the closed-door session, a discussion of procedural matters was expected to unfold in open court.

The ruling came after prosecutors said they wanted to protect Weinstein’s right to a fair trial and shield the identities of women who’ve accused him of wrongdoing. Friday’s hearing was expected to focus on some of the dozens of women who have accused Weinstein of sexual misconduct but whose allegations haven’t led to criminal charges.

“We believe it is prudent” to close the court, Manhattan Assistant District Attorney Joan Illuzzi-Orbon said.

“The court cannot be complicit with the press in denying the defendant’s right to a fair trial,” Weinstein lawyer Marianne Bertuna said.

Lawyers for the news organizations, including The Associated Press, said the prosecution and defense arguments didn’t meet the high legal standard for banning the media and the public.

Weinstein’s case is “a matter of immense and legitimate public interest,” and the allegations against him are already widely known, said Robert Balin, a lawyer representing the news organizations.

The sides asking for the courtroom to be closed are suggesting that “somehow it is improper for the press and the public to be sitting here and report news in real time,” even though that right is guaranteed by the Constitution, Balin argued.

A lawyer for Court TV and a reporter from New York magazine also argued in favor of keeping the courtroom open.

Weinstein himself was mum as he arrived at court. Asked how he was doing, he just nodded.

He is charged with raping an unidentified female acquaintance in his Manhattan hotel room in 2013 and performing a forcible sex act on a different woman in 2006.

Weinstein, 67, has denied all allegations of nonconsensual sex. He pleaded not guilty and is free on $1 million bail. His trial is scheduled to begin June 3.

Friday’s hearing was to focus on a prosecution request to have some of his other accusers testify. Prosecutors want to show that Weinstein has allegedly had a history of violating women.

News organizations are fighting to pull back the curtain on a Harvey Weinstein court appearance that the prosecution and defense want held in secret. (April 25)

Suburban Philadelphia prosecutors used that strategy last year in convicting actor and comedian Bill Cosby at his sexual assault retrial near Philadelphia. Hearings pertaining to such witnesses in that case were not closed to the media or public.

Perhaps expecting an onslaught of accusers taking the witness stand, Weinstein lawyer Jose Baez sent a letter this week to the lawyer for one of them, asking for emails he says show the woman acknowledged she had a consensual relationship with Weinstein.

Balin, the news organizations’ lawyer, argued in a court filing his week that holding the hearing behind closed doors would do nothing to safeguard Weinstein’s right to a fair trial because allegations against him from more than 80 women have already been widely reported.

Many of those women, such as actresses Mira Sorvino and Ashley Judd, have agreed to be identified publicly.

“Clearly, there is no rational basis — let alone ‘compelling circumstances’ — that could justify the parties’ effort to suppress this information now that it is in the public domain as a result of intensive news reporting,” Balin wrote in the filing.

Balin called closing the courtroom an “extreme remedy” and argued that, as much as possible, the hearing should be held in open court.

The news organizations are also requesting that documents filed under seal in the case be made public and that all future filings, even ones made under seal, be listed on the case docket so that “the public and press receive prompt notice that such materials exist.”

The AP does not identify people who say they are victims of sexual assault unless they come forward publicly.