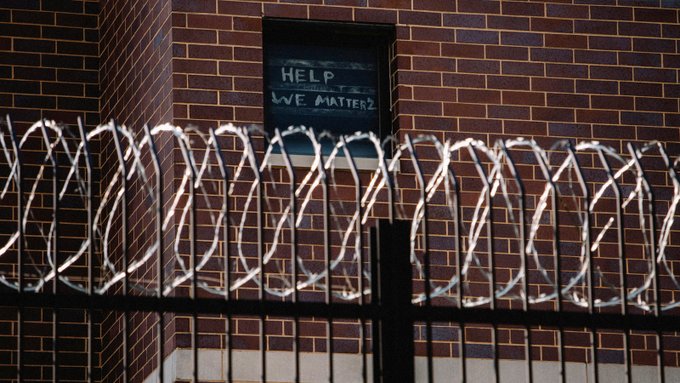 A Chicago judge on Thursday rejected a bid by inmates to be released or transferred from a jail housing 4,500 detainees which has emerged as one of the largest coronavirus clusters in the US.

Cook County Jail in the US's third-largest city has 276 inmates who have tested positive for COVID-19, along with 172 staff members of the Cook County Sheriff's Office, which oversees the facility.

However, the jail acknowledged those numbers are likely an undercount, as the majority of its inmates have not been tested.

The jail has seen one prisoner death so far from complications of the virus, but lawyers had filed a petition before a federal court for mass transfers.

In a 37-page ruling handed down on Thursday, District Judge Matthew Kennelly ordered Cook County Sheriff Tom Dart to implement new policies to keep inmates safe but rejected the call for them to be moved en masse.

The lawsuit, filed April 3, sought a mass release or transfer of elderly and medically compromised inmates.

Dart has said his office has already taken steps to protect inmates and staff, while also releasing several hundred inmates charged with or convicted of non-violent crimes.

Dart said his dilemma is that 70 percent of inmates have either been convicted or are accused of violent crimes.