A US federal judge has dealt a new blow to President Donald Trump's anti-immigration efforts, blocking a measure meant to relax the criteria for deporting undocumented migrants. 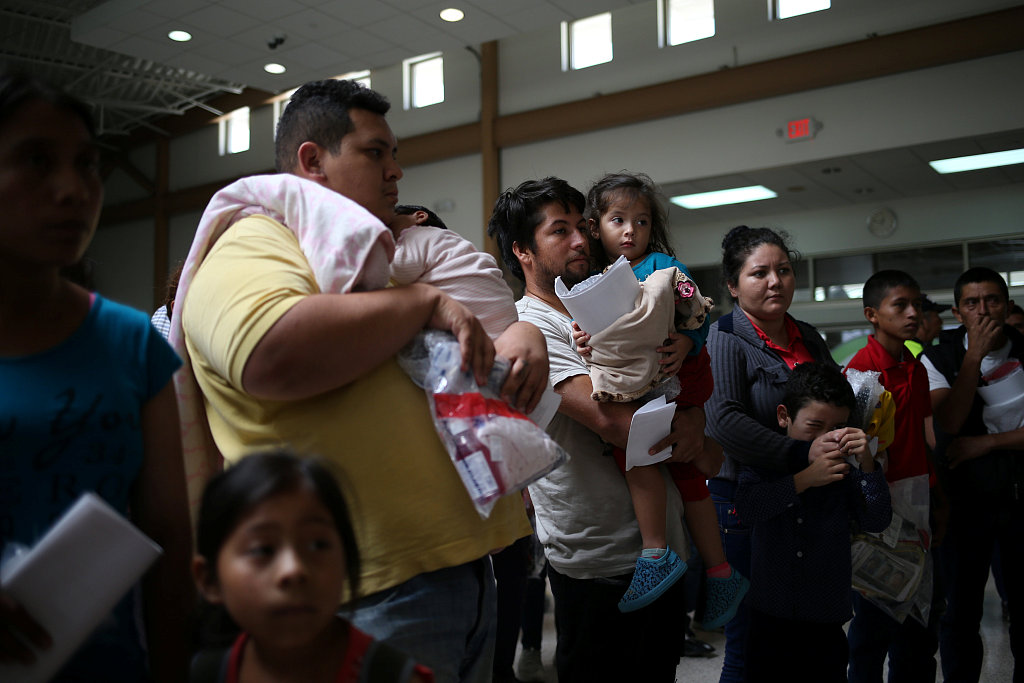 Undocumented immigrant families are released from detention at a bus depot in McAllen, Texas, US, July 26, 2018. (File photo: VCG)

The ruling concerns a policy known as expedited removal under which migrants previously found within 100 miles (160 kilometers) of the border within 14 days of their arrival were deported without appearing before an immigration judge.

In July, the Department of Homeland Security implemented a policy to expand the measure to include immigrants found within two years of arrival and located anywhere in the United States.

The move, she said, would leave those affected by the expansion "irreparably harmed."

"The Trump administration intended to deport as many noncitizens as possible using a process that is profoundly flawed and puts noncitizens, including asylum-seekers, at serious risk of wrongful deportation," said Trina Realmuto, directing attorney of the American Immigration Council (AIC) which was one of the plaintiffs in the case.

According to the AIC, some undocumented migrants potentially exempt from deportation due to security risks in their country of origin would be denied due process under the expansion.

On Saturday, the White House issued a statement calling the struck-down expansion a tool that is "vital to addressing the many aliens in the United States who have no right to remain here."

A spokesperson for the US Department of Justice said the decision "squarely conflicts" with authority granted to the Department of Homeland Security to act quickly to "remove from the country aliens who have no right to be here."

Also Friday, a federal judge in California rejected an attempt by the administration to reverse an agreement preventing the indefinite detention of undocumented children.

The United States is facing a migration crisis on its southern border with Mexico, where tens of thousands of people from Central America cross into the United States every month.