US judiciary panel to take first steps toward impeachment vote 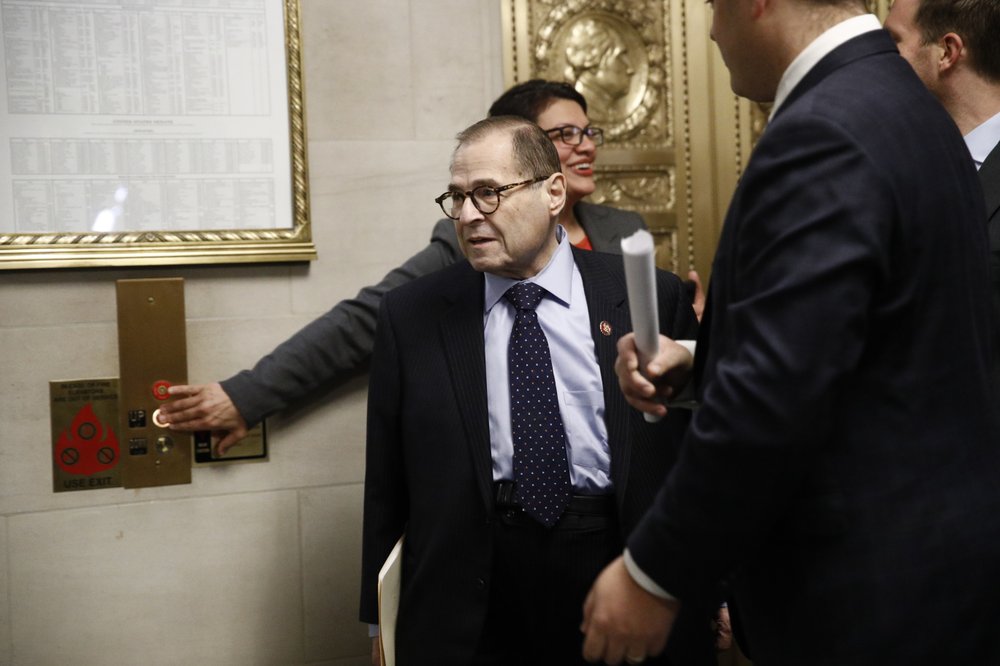 The US House Judiciary Committee was taking the first steps Wednesday evening toward voting on articles of impeachment against President Donald Trump, beginning a marathon two-day session to consider the historic charges.

The Judiciary meeting is to mark up, or amend, the two articles of impeachment that Democrats introduced Tuesday. Those articles charge Trump with abuse of power and obstruction of Congress related to his dealings with Ukraine.

Republicans, unified against Trump’s impeachment, are expected to propose revisions to the articles, which span only nine pages. But Democrats are unlikely to accept them.

Democrats have already agreed to the language, which says Trump acted “corruptly” and “betrayed the nation” when he asked Ukraine to investigate Joe Biden and the 2016 US election. Hamstrung in the minority, Republicans won’t have the votes to make changes without support from at least some Democrats.

The Wednesday evening session of the 41-member panel is expected to last several hours, with opening statements from lawmakers on both sides of the aisle. Votes won’t come until Thursday, when the committee will consider amendments and likely hold a final vote to send the articles to the House floor.

One member of the Judiciary panel, Rhode Island Rep. David Cicilline, said the evening session is a prime-time opportunity for Democrats to make their case.

“The message we want to send is that the Congress of the United States has a responsibility to protect and defend the Constitution, we took an oath to do that,” Cicilline said.

Republicans will also be messaging to the American people — and to Trump himself — as they argue that the articles show Democrats are out to get the president. Most Republicans contend, as Trump does, that he has done nothing wrong, and all of them are expected to vote against the articles.

Georgia Rep. Doug Collins, the top Republican on the panel, said the GOP would offer amendments but said they’d mainly be about allowing more time to debate.

“Remember you can’t fix bad,” Collins said. “These are bad, you’re not going to fix it.”

In the formal articles announced Tuesday, the Democrats said Trump enlisted a foreign power in “corrupting” the U.S. election process and endangered national security by asking Ukraine to investigate his political rivals, including Biden, while withholding US military aid as leverage. That benefited Russia over the U.S. as America’s ally fought Russian aggression, the Democrats said.

Trump then obstructed Congress by ordering current and former officials to defy House subpoenas for testimony and by blocking access to documents, the charges say.

Trump tweeted that to impeach a president “who has done NOTHING wrong, is sheer Political Madness.”

The House is expected to vote on the articles next week, in the days before Christmas. That would send them to the Senate for a 2020 trial.

Senate Majority Leader Mitch McConnell said Tuesday that he would be “totally surprised″ if there were the necessary 67 votes in the chamber to convict Trump, and signaled options for a swift trial. He said no decision had been made about whether to call witnesses.