US Justice backs Mnuchin's refusal to turn over Trump's taxes 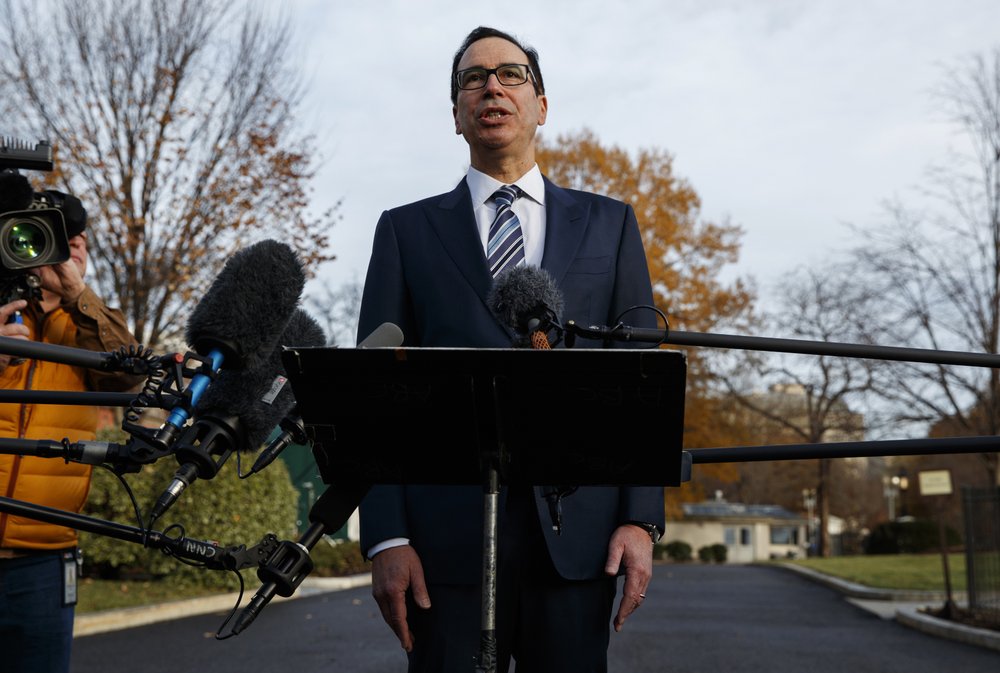 The US Justice Department issued a legal opinion Friday finding that Treasury Secretary Steve Mnuchin was right to withhold President Donald Trump’s tax returns from a House committee that subpoenaed them.

The House Ways and Means Committee subpoenaed six years of Trump’s tax returns in May, but the Treasury Department refused to provide the documents. At the time, Mnuchin said the request lacked a “legitimate legislative purpose.”

The 33-page opinion from the Justice Department’s Office of Legal Counsel argues that the committee’s chairman, Rep. Richard Neal, D-Mass., wanted to make the president’s tax returns public and because of that plan, the request was not to carry out a legitimate legislative function.

But Neal has said the law is clear the information must be released to Congress, the documents were sought to aid a committee investigation into whether the IRS is doing its job properly to audit a sitting president, and obtaining them would be a “necessary piece” of the committee’s work.

“The Chairman’s request that Treasury turn over the President’s tax returns, for the apparent purpose of making them public, amounted to an unprecedented use of the Committee’s authority and raised a serious risk of abuse,” the opinion said.

Democrats sought Trump’s tax returns under a 1924 law that directs the IRS to furnish such information when requested to the chairs of Congress’ tax-writing committees. Besides Trump, every president since Richard Nixon has made his tax returns public.

Neal said last month that he didn’t plan to hold Mnuchin in contempt, saying the committee may instead pursue a legal fight to force the Treasury Department to turn over the documents.

A spokeswoman for the House Ways and Means Committee said the legal opinion was still being reviewed and declined to comment further. Representatives for the Treasury Department did not immediately respond to a request for comment.

The House Judiciary Committee voted last month to hold Barr in contempt after he failed to comply with a subpoena for an unredacted version of special counsel Robert Mueller’s report on the Russia investigation and underlying investigative records. Earlier this week, the House Oversight Committee voted to hold Barr and Commerce Secretary Wilbur Ross in contempt for failing to comply with subpoenas for documents related to a decision adding a citizenship question to the 2020 census.

Sen. Ron Wyden, the top Democrat on the Senate Finance Committee, said the opinion “reads like it was written by Donald Trump’s personal lawyer” and said it “further reflects Attorney General Barr’s willingness to protect the president at all costs.”