WORLD US Justice Department to turn over Mueller report evidence

US Justice Department to turn over Mueller report evidence 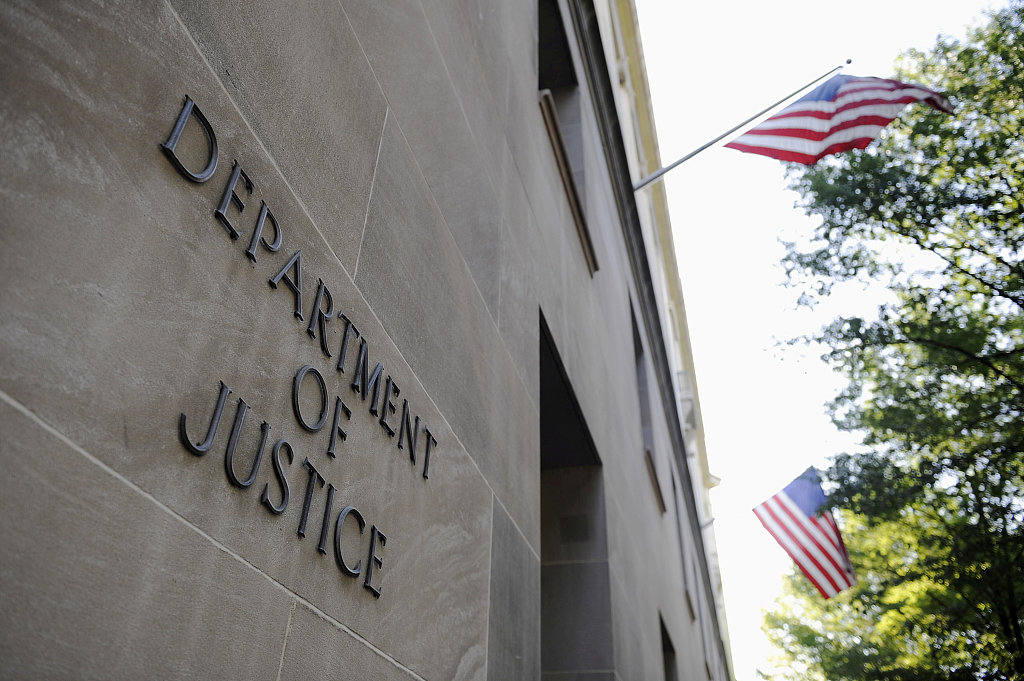 File photo: The exterior of the U.S. Department of Justice headquarters building in Washington, U.S. /VCG

WASHINGTON, June 10 (Xinhua) -- The chairman of the U.S. House Judiciary Committee said on Monday that a deal had been reached between his panel and the Justice Department to turn over the underlying evidence of the Mueller report, avoiding a scheduled contempt vote for now.

House Judiciary Committee Chairman Jerrold Nadler said in a statement that he will "hold the criminal contempt process in abeyance for now" as the Justice Department pledged cooperation.

Nadler said all lawmakers on the House Judiciary Committee will start reviewing the newly transferred documents as soon as late Monday.

The deal signaled a win for House Democrats against the Justice Department, which previously refused Nadler's request for the evidence, prompting the Judiciary Committee to hold Attorney General William Barr in contempt of Congress over his refusal to provide a full version of the Mueller report.

The full House of Representatives was set to hold a contempt vote Tuesday, before the Justice Department agreed to turn over the evidence.

According to Nadler's statement, the evidence would include "interview notes, firsthand accounts of misconduct and other critical evidence" collected by Mueller in his probe into collusion and obstruction of justice allegations against the President Donald Trump campaign and administration.

The battle between House Democrats and the Justice Department began in late March, when special counsel Robert Mueller finished the investigation. The two sides gave contradicting interpretations on whether the report proved that the Trump administration obstructed justice.

On a separate issue, the U.S. House of Representatives Committee on Oversight and Reform is set to vote Wednesday to determine whether to hold Barr and Commerce Secretary Wilbur Ross in contempt for defying congressional subpoenas regarding a citizenship question in the 2020 census.