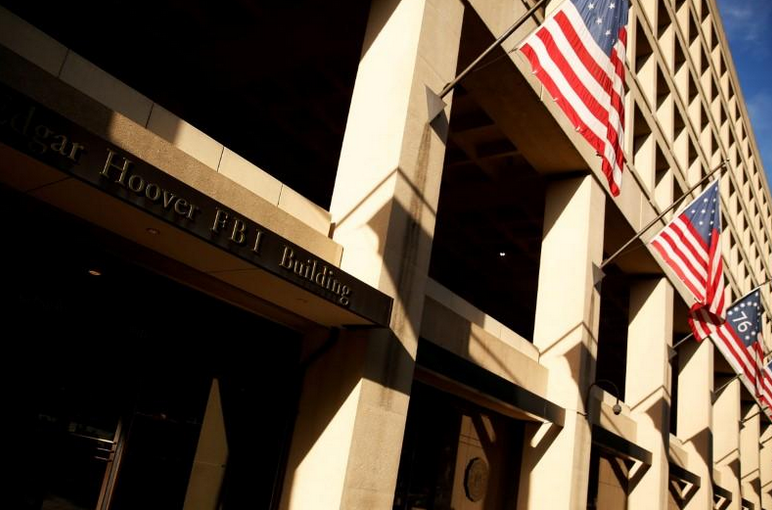 A general view of the Federal Bureau of Investigation (FBI) building in Washington, U.S. May 9, 2017. REUTERS/Jonathan Ernst/File Photo

The internal watchdog at the U.S. Justice Department said on Wednesday he hopes to complete his review by early spring into whether the Federal Bureau of Investigation erred when it announced it was reopening its investigation into Democratic candidate Hillary Clinton’s emails ahead of the 2016 presidential election.

“We have interviewed dozens of people. We are not at the 100 level yet, but we’re in the dozens range. We’ve reviewed about 1.2 million records in the course of the investigation,” Justice Department Inspector General Michael Horowitz said, in testimony before a U.S. House of Representatives panel.

“We are aiming to release the report in late winter/early spring, so hopefully in that March-April time period.”

After a deluge of congressional requests, Horowitz’s office earlier this year announced it would review the pre-election decision-making at the FBI.

At the heart of the review is whether former FBI Director James Comey improperly made a series of public statements about the status of the bureau’s investigation into Clinton’s use of a private email server for official correspondence while she was Secretary of State.

Comey, who was fired in May by U.S. President Donald Trump, had also led an investigation into whether the Trump campaign colluded with Russia to influence the 2016 election.

The FBI does not typically discuss its investigations publicly.

In the case of Clinton, however, Comey decided in July 2016 to hold a press conference and explain why the FBI had declined to refer Clinton for prosecution. He said at the time her actions were careless, but did not rise to criminal behavior.

Comey in October 2016 sent Congress a letter saying the FBI needed to re-open its investigation after it uncovered new emails on the computer of former Representative Anthony Weiner, who had been married to one Clinton’s top aides.

Then on Nov. 6, 2016 - two days before the presidential election - Comey said the FBI had not uncovered any new evidence.

Comey’s various public disclosures stirred a lot of controversy with some questioning whether he had violated the Hatch Act, which bars government employees from interfering with U.S. elections.

Republicans have also complained about why former U.S. Attorney General Loretta Lynch did not recuse herself from the matter after it was revealed she had met with former President Bill Clinton on board a plane while the investigation was still ongoing.

The issues have recently prompted a handful of committees in the Republican-led U.S. Congress to open their own reviews into the same set of facts being probed by Horowitz’s office.