US Justice Dept.: Review of Russia probe 'broad in scope' 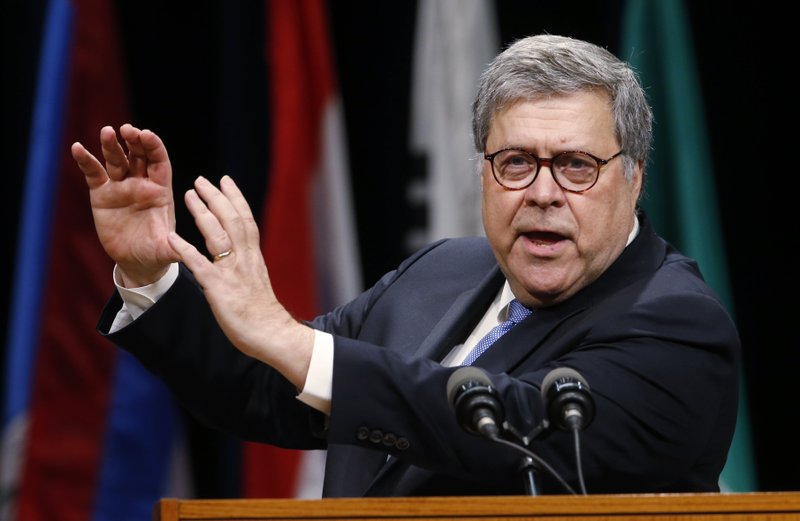 US Attorney General William Barr, gestures as he speaks during a graduation ceremony for students of the Federal Bureau of Investigations National Academy at the FBI training facility in Quantico, Va., June 7, 2019. (Photo: AP)

A Justice Department review of the origins of the FBI’s Russia investigation is “broad in scope and multi-faceted,” and intelligence agencies have already been asked to preserve records and make witnesses available, according to a letter sent to Congress on Monday.

Attorney General William Barr said last month that he had directed John Durham, the United States attorney in Connecticut and a veteran prosecutor, to determine if law enforcement and intelligence authorities engaged in improper surveillance as they investigated potential coordination between Russia and the Trump campaign to sway the 2016 presidential election.

“It is now well-established that, in 2016, the US government and others undertook certain intelligence-gathering and investigative steps directed at persons associated with the Trump campaign,” said the letter from Assistant Attorney General Stephen Boyd, the department’s top liaison to Congress.

“As the Attorney General has stated publicly at congressional hearings and elsewhere, there remain open questions relating to the origins of this counter-intelligence investigation and the US and foreign intelligence activities that took place prior to and during that investigation,” the letter said.

The point of the review, Boyd added, “is to more fully understand the efficacy and propriety of those steps” and to answer open questions for the attorney general.

Barr has repeatedly said he believes there was “spying” on the Trump campaign, language President Donald Trump has seized on to support his claims that special counsel Robert Mueller’s investigation was a “witch hunt.” Barr has said he doesn’t yet know if the “spying” was improper, but he has been unsatisfied with the answers he has received.

He has not elaborated on what specific surveillance he is troubled by. The FBI did obtain a secret warrant in 2016 from the Foreign Intelligence Surveillance Court to monitor the communications of former Trump campaign adviser Carter Page. That application was renewed several times.

Durham and his team will be working primarily out of Washington, with the Justice Department making existing office space available for the work, Boyd wrote to Rep. Jerrold Nadler, D-N.Y., the chairman of the House Judiciary Committee.

The team has already asked that certain intelligence agencies preserve records, make witnesses available and identify materials that may be relevant for the review.

Though the White House has granted Barr the authority to declassify documents, the Justice Department sought to assuage concerns that he would abuse that power, with Boyd saying the attorney general would prevent from disclosure information that could expose sources and methods or harm US national security interests.

Mueller’s investigation identified questionable contacts between Trump associates and Russians but found insufficient evidence of a criminal conspiracy between the campaign and the Kremlin. Mueller did not reach a conclusion on whether Trump obstructed justice, though Barr said he determined that the special counsel’s evidence was not enough to support an obstruction allegation.