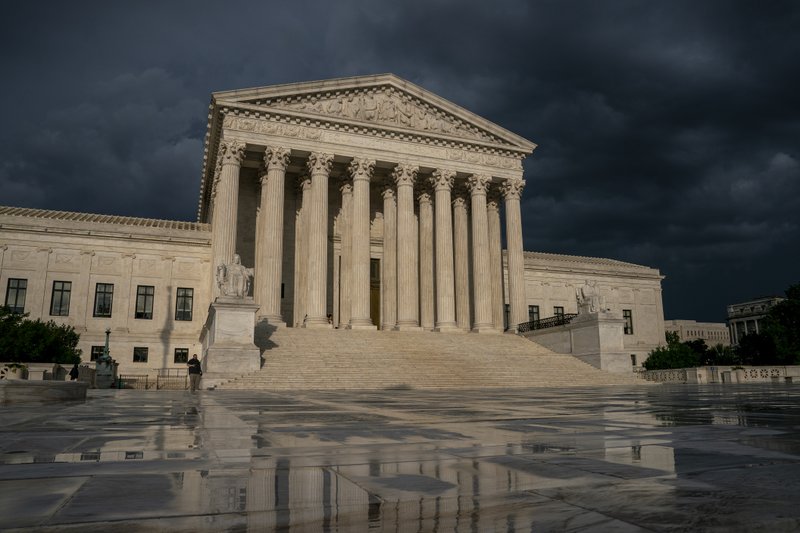 In this June 20, 2019 file photo, the Supreme Court is seen under stormy skies in Washington. (Photo: AP)

The US Supreme Court on Monday rejected an appeal of the federal ban on bump stocks, devices that allow semi-automatic firearms to fire rapidly like machine guns.

The justices did not comment in declining to review a lower court-ruling that upheld the ban, which took effect nearly a year ago.

President Donald Trump said that the government would move to ban bump stocks, following a 2017 shooting in Las Vegas in which a gunman attached bump stocks to assault-style rifles he used to shoot concertgoers from his hotel room. By using the devices, which allow shots to be fired more rapidly, the gunman was able to fire more than 1,000 rounds in 11 minutes. Fifty-eight people were killed, and hundreds were injured.

The Trump administration’s move was an about-face for the federal Bureau of Alcohol, Tobacco, Firearms and Explosives. In 2010, under the Obama administration, the ATF found that the devices were legal. But under the Trump administration, officials revisited that determination and found it incorrect. The revised regulation requires owners either to destroy their bump stocks or surrender them. The government estimates hundreds of thousands of the devices have been sold.

The revised regulation was met with resistance from gun rights advocates, including the groups and gun owners who filed suit in Washington, D.C., and whose appeal the court turned away Monday. The administration, which typically supports gun rights, argued the court should not take up the case.