WORLD US lawmakers call for action against anti-Asian violence

US lawmakers call for action against anti-Asian violence 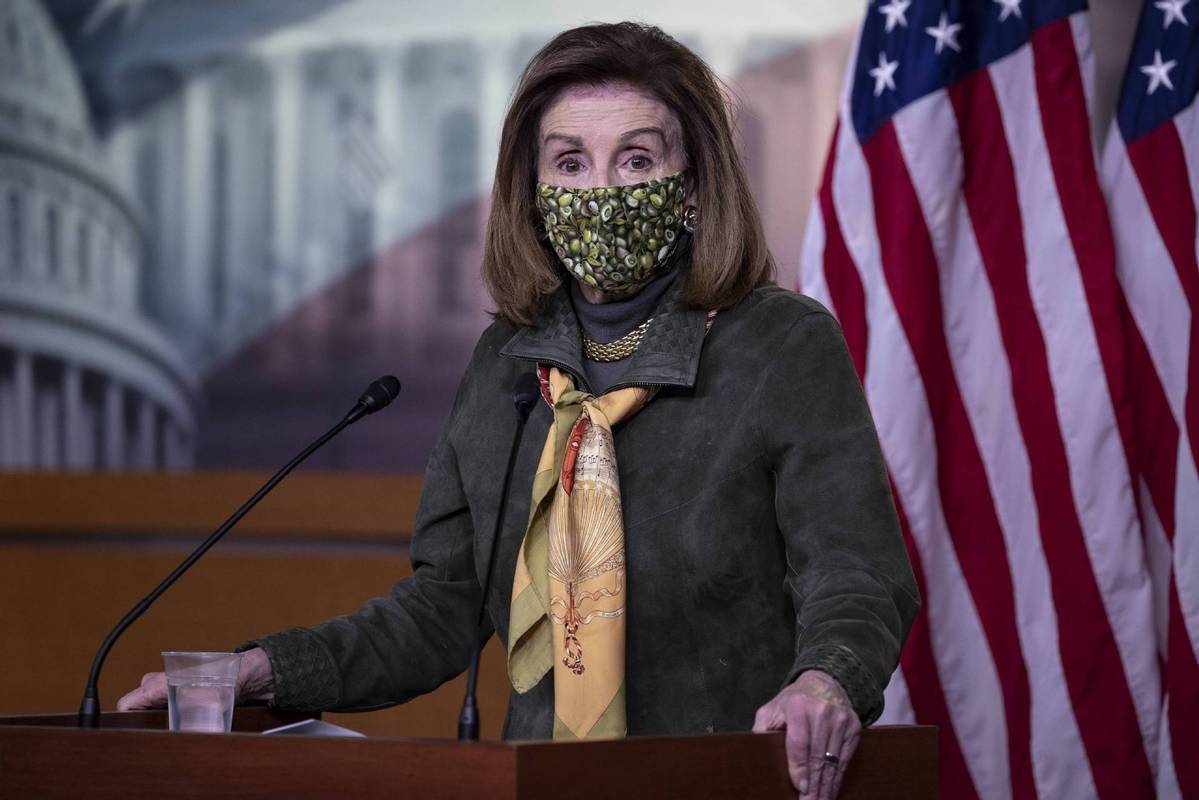 House Speaker Nancy Pelosi joined Asian, Black and Hispanic leaders in Congress on Friday to denounce the spike in anti-Asian hate crimes across the US in recent weeks and called for stronger action by Congress and the Biden administration.

The lawmakers called on Congress to pass legislation to provide Department of Justice grants to state and local governments to improve the reporting of hate crimes and provide greater support to victims, and to hold hearings on the rise in incidents. They also said they are requesting a meeting with the Justice Department to follow up on enforcement actions, including investigating such crimes and engaging with the Asian-American community.

Pelosi praised her colleagues for calling attention "to something that must be stopped," adding that white supremacy is part of what has inspired the attacks and is "the biggest bucket of concern when it comes to domestic terrorism".

"As we celebrate the Lunar New Year, a source of joy, it's also a source of pain for us at this time because of all of these incidents," Pelosi said on a Zoom news conference with the leaders of the Congressional Asian Pacific American Caucus, Black Caucus and Hispanic Caucus — a show of solidarity with the Asian-American community.

"Our diversity is our strengths; our unity is our power. And we have unity on this subject," Pelosi said.

California Representative Barbara Lee cited statistics from a center dedicated to ending hate incidents and bigotry against members of the Asian-American community because of the pandemic. Stop AAPI Hate found there have been nearly 3,000 incidents of anti-Asian discrimination across the United States since March of last year, she said.

There's been a wave of verbal and physical attacks on members of the Asian American and Pacific Islander (AAPI) community over the past 12 months, but in recent weeks the assaults have become more violent and appear to be targeting the elderly.

On Jan 28, Vicha Ratanapakdee, 84, was out for his daily walk in San Francisco – Pelosi's home district -- when a man sprinted across the street and shoved him, an attack that was caught on video and one that his family is calling a hate crime. Ratanapakdee's head struck the ground and he later died.

Days later in Oakland, California, a man shoved a 91-year-old Asian-American man to the ground, then pushed a 60-year-old man and a 55-year-old woman. Volunteers are now escorting elderly Asians around the community.

Earlier this month, Noel Quintana, a 61-year-old Filipino American, was slashed across his face by another man while he was on his way to work on the New York subway.

"What is happening is a complete and total disgrace. Cut it out. And we want to make sure that those who are perpetrating this violence are prosecuted to the full extent of the law," said New York Representative Hakeem Jeffries, the Democratic Caucus chairman and a member of the Black Caucus.

California Representative Judy Chu, a Chinese American who chairs the Asian caucus known as CAPAC, said the violence suggests the Asian-American community has reached "a crisis point that cannot be ignored".

"What started as dirty looks and verbal assaults has escalated to physical attacks and violence against innocent Asian Americans. These attacks are no accident," she said. "It's clear January 6 was not the only violence Donald Trump incited."

The lawmakers said while the former president isn't entirely responsible for provoking attacks against members of the Asian community, he spread anti-Asian sentiment through his rhetoric over the last year about the origin of the coronavirus in China.

Last year, Chu and other Asian-American leaders urged political leaders to follow the advice of the World Health Organization and not link the virus with a specific ethnicity, country or geographic region, due to the stigma it causes for those people.

"We warned that spreading xenophobia would put lives at risk. But our pleas and the guidance from experts were ignored," Chu said.

Chu and the lawmakers called for Congress to take action to pass the "No Hate Act", which would provide grants to states to improve hate crime reporting. Chu said they would also be requesting a meeting with the Justice Department to follow up on the implementation of President Joe Biden's executive order addressing xenophobia and violence against Asian Americans.