US lawmakers call for further investigation after Afghan papers disclosure 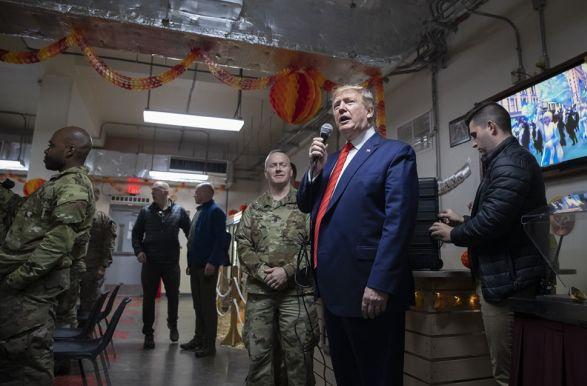 WASHINGTON, Dec. 10 (Xinhua) -- U.S. lawmakers on Tuesday expressed anger and called for further investigation after the disclosure of documents revealing U.S. officials misled the American public on the Afghan war.

"The Senate Armed Services Committee should hold hearings on the state of the Afghanistan conflict and the infuriating details & alleged falsehoods reported..." Hawley tweeted.

The Washington Post published an exclusive report on Monday, portraying how the U.S. government had been consistently lying to the public about the Afghan war.

According to the report, the documents, which include over 400 interviews with U.S. officials and insiders from the administrations of U.S. President Donald Trump and his two predecessors, revealed how senior officials hid evidence that the 18-year-old war was unwinnable, and made rosy pronouncements they knew to be false.

"These documents make clear that the American people deserve an honest assessment from U.S. military leaders regarding the reality on the ground in Afghanistan," Democratic Senator Richard Blumenthal tweeted Monday.

"What has been said privately must also be said publicly," he added.

"No working strategy -- and no transparency. The war in Afghanistan is the longest armed conflict in U.S. history, costing the lives of thousands of U.S. service members and Afghan civilians," Senator Elizabeth Warren, also a Democratic presidential candidate, tweeted Monday.

The officials acknowledged in the documents that their war-fighting strategies were fatally flawed, and Washington wasted enormous sums of money trying to remake Afghanistan into a modern nation, according to the Washington Post's report.