WASHINGTON, June 9 (Xinhua) -- A bipartisan group of U.S. lawmakers is preparing a new infrastructure proposal without any tax hikes to engage with the Biden administration, according to local media. 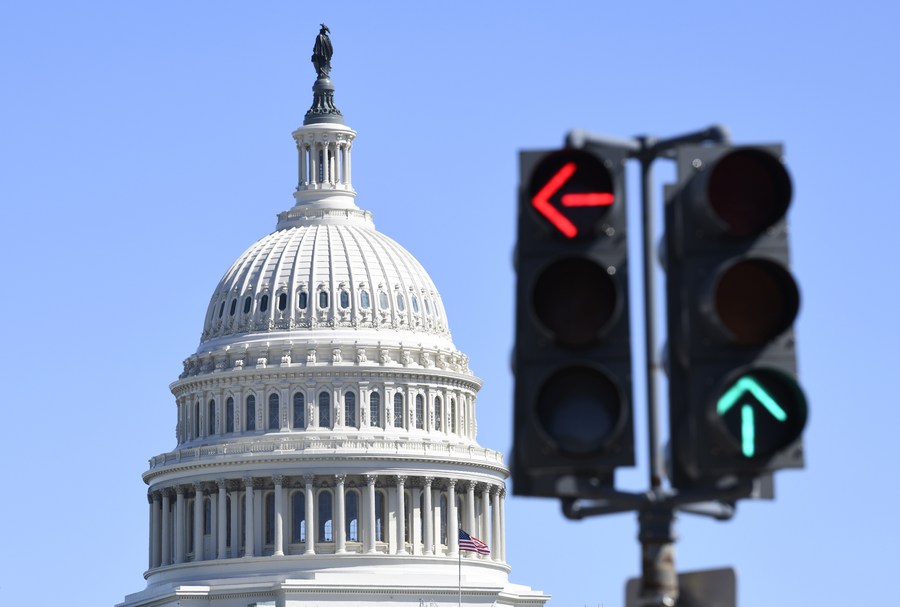 The group of senators, which includes at least five Democrats and a handful more Republicans, has decided against using corporate or individual income tax increases to pay for spending on infrastructure projects, Bloomberg News reported on Wednesday, citing a senator involved in the talks.

"There are no tax increases. That is a red line for us," Mitt Romney, Republican senator from Utah, who's taken a leading role in crafting the proposal, was quoted as saying.

Romney noted that key to determining whether the bipartisan group can produce an offer to the Biden administration this week would be whether "there is sufficient support from other Republican senators for our proposal or not."

The move came after U.S. President Joe Biden on Tuesday ended infrastructure talks with a group of Senate Republicans led by Senator Shelley Moore Capito after weeks of intense negotiations.

"Despite the progress we made in our negotiations, the president continued to respond with offers that included tax increases as his pay for, instead of several practical options that would have not been harmful to individuals, families, and small businesses," Capito, Republican senator from West Virginia, said in a statement.

Biden had originally proposed raising the corporate income tax rate from 21 percent to 28 percent to help pay for his 2.3-trillion-U.S.-dollar infrastructure plan, which was opposed by Republicans and the business community.

The White House later lowered the overall price tag to 1.7 trillion dollars, while Senate Republicans offered a 928-billion-dollar counteroffer. Many Republicans have insisted that they would not vote in favor of raising taxes to pay for the infrastructure plan.

More than two dozen groups representing U.S. businesses and employers have also formed a coalition recently to oppose Biden's plan to raise taxes, arguing that such measures will hamper the U.S. economy in the wake of the COVID-19 pandemic.