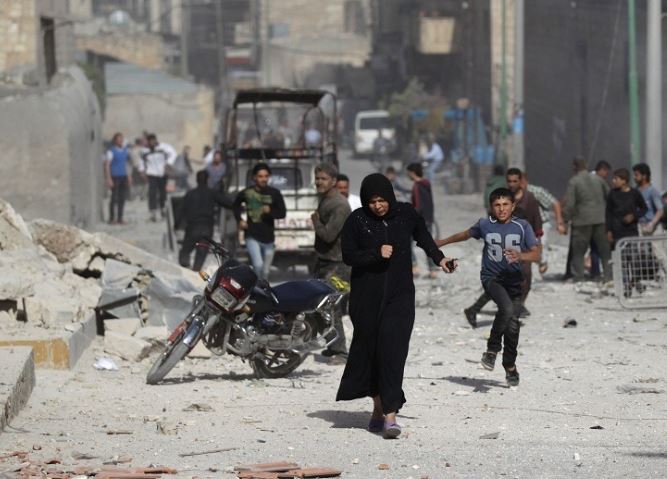 A woman runs holding a walkie-talkie toward a damaged site after an airstrike on the rebel-controlled area of Maaret al-Numan town in Idlib Province, Syria on May 31, 2016. (File photo: Reuters)

DAMASCUS, Jan. 4 (Xinhua) -- At least 11 people were killed on Friday by a fresh US-led airstrike on a town held by the Islamic State (IS) militants in eastern Syria, state news agency SANA reported.

The US-led airstrikes targeted the town of Shofeh in the eastern countryside of Deir al-Zour, SANA said.

Huge property losses were caused as a result of the airstrikes, it added.

According to the official agency, it was the latest in a series of killings caused by the US-led airstrikes in eastern Syria.

The United States has been supporting the Kurdish-led Syrian Democratic Forces in its push to dislodge the IS militants from their last pocket in the eastern Euphrates River region.