WORLD US life expectancy down by 1.5 yrs during COVID-19 pandemic: official data

US life expectancy down by 1.5 yrs during COVID-19 pandemic: official data 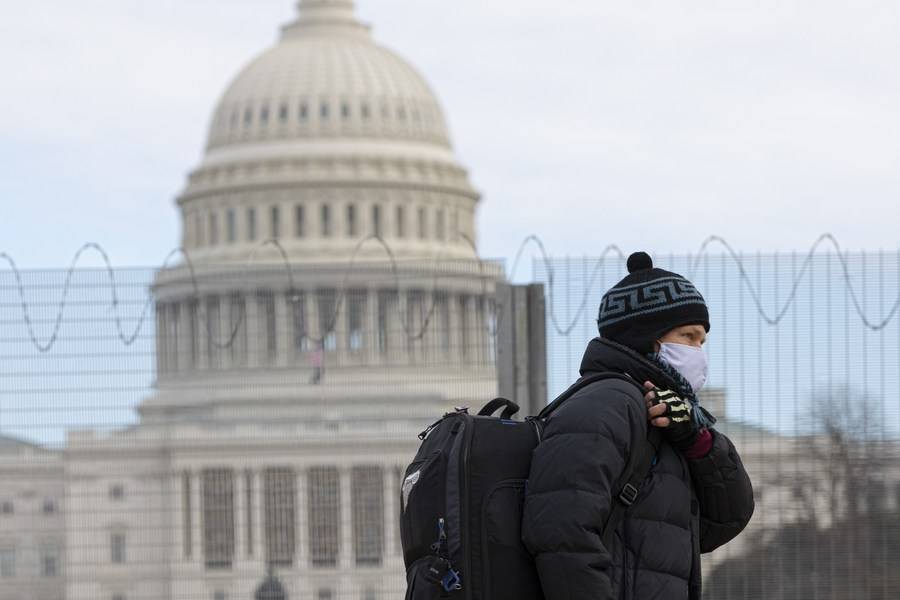 A man wearing a face mask walks past the U.S. Capitol building in Washington, D.C., the United States, Jan. 24, 2021. (Photo by Aaron Schwartz/Xinhua)

Life expectancy at birth declined by 1.5 years in 2020 to 77.3 -- the lowest level since 2003, the Centers for Disease Control and Prevention's (CDC) National Center for Health Statistics found.

"The numbers are devastating," USA Today quoted Chantel Martin, an assistant professor of epidemiology at the Gillings School of Global Public Health at the University of North Carolina at Chapel Hill as saying.

Hispanic men, in particular, saw the greatest drop, 3.7 years, according to the data.