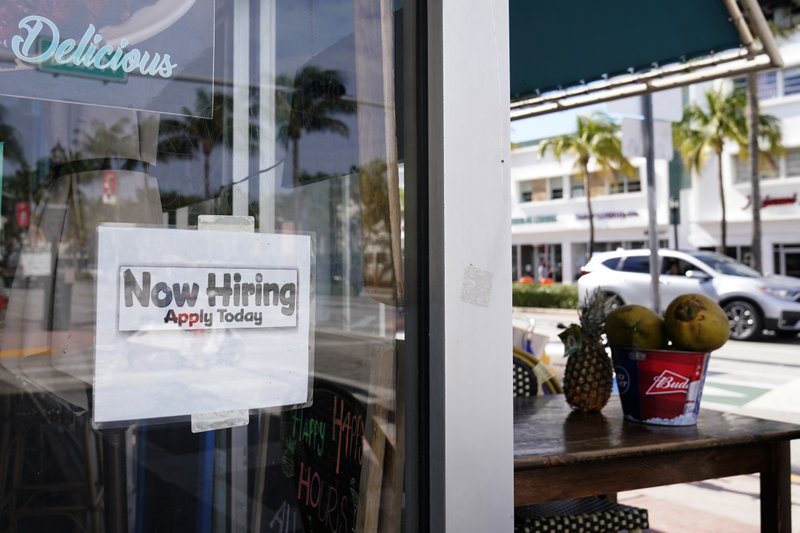 US employers shed jobs last month for the first time since April, cutting 140,000 positions, clear evidence that the economy is faltering as the viral pandemic tightens its grip on consumers and businesses.

At the same time, the unemployment rate stayed at 6.7%, the first time it hasn’t fallen since April.

Friday’s figures from the Labor Department suggest that employers have rehired roughly all the workers they can afford to after having laid off more than 22 million in the spring — the worst such loss on record. With consumer spending barely growing over the past few months, most companies have little incentive to hire. The economy still has 9.9 million fewer jobs than it did before the pandemic sent it sinking into a deep recession nearly a year ago.

The pandemic will likely continue to weaken the economy through the winter and perhaps early spring. But many economists, along with the Federal Reserve’s policymakers, say they think that once the coronavirus vaccines are more widely distributed, a broad recovery should take hold in the second half of the year. The incoming Biden administration, along with a now fully Democratic-controlled House and Senate, is also expected to push rescue aid and spending measures that could accelerate growth.

For now, the renewed surge in virus cases, as well as cold weather, has caused millions of consumers to avoid eating out, shopping and traveling. Re-imposed business restrictions have shut down numerous restaurants, bars, and other venues.

Economists at TD Securities estimate that more than half the states have restricted gatherings to 10 or fewer people, up from about a quarter in September. New York City and California, among others, placed strict new limits on restaurants last month.

In recent months, retailers have been especially hurt by the slump in consumer spending. Debit and credit card data tracked by JPMorgan Chase, based on 30 million accounts, shows that Americans slowed their purchases during the holiday shopping season. Such spending was 6% lower in December compared with a year ago. That was worse than in October, when card spending was down just 2% from the previous year.

Restaurant traffic has also dropped, according to the reservations website OpenTable. Seated dining is down 60% this week compared with a year ago, much worse than two months earlier, when they were down about 35%.

The $900 billion financial aid package that Congress enacted last month should also help propel a recovery, economists say. It will provide a $300-a-week federal jobless benefit on top of an average weekly state benefit of about $320. In addition, millions of Americans stand to receive $600 payments, and the Treasury Department said Thursday that 8 million of those payments were going out this week.

Late Wednesday, Goldman Sachs upgraded its forecast for economic growth this year to a robust 6.4% from its previous estimate of 5.9%. Its upgrade was based in part on the expectation that the Biden administration will implement more stimulus.

Still, for now, about 11 million people are officially unemployed. Millions more have stopped looking for work, either because they’re discouraged about their prospects or worried about contracting the coronavirus, and aren’t counted as unemployed.

Friday’s monthly jobs report, the last of Donald Trump’s presidency, shows that the nation has 3 million fewer jobs than it did four years earlier. That makes Trump the first president since Herbert Hoover (1929-1933), early in the Great Depression, to preside over a net loss of jobs.

All the job losses during the Trump administration occurred after the pandemic struck. Before then, the unemployment rate had fallen to a 50-year low of 3.5%. Still, Trump had pledged to create 25 million jobs in four years.