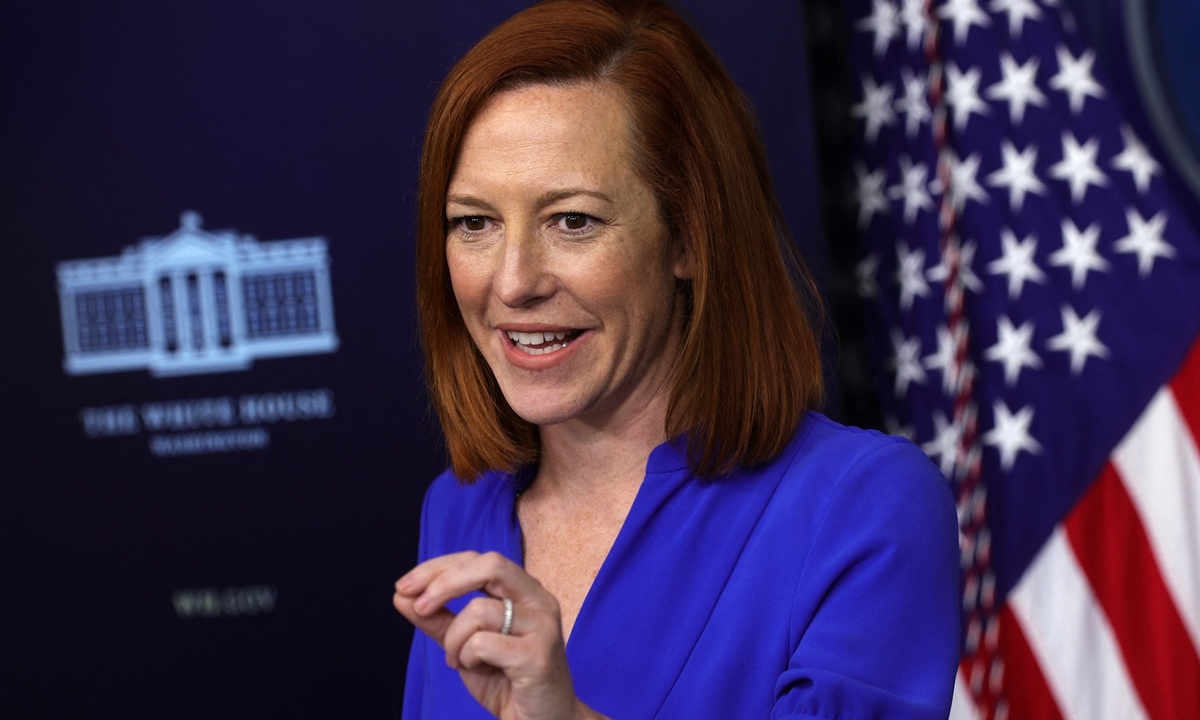 In their virtual summit, leaders of the four-nation Quad alliance on Friday made an initiative under which huge investments will be made in India to produce a billion coronavirus vaccine doses by 2022, including a vaccine developed by the US company Johnson & Johnson, and offer them to countries in Southeast Asia and other regions. People believe Washington hopes to counter China's "vaccine diplomacy" so it joined India, Japan and Australia together to do it.

The US is leading the world in its vaccine development and inoculation program, but this is also a process during which the US is exposing its selfishness. The pursuit of "America First" by Washington is no weaker than it was during the Trump era. White House spokesperson Jen Psaki said on Friday that, "we have not provided doses from the US government to anyone."

In 2020, the US performed badly in its anti-virus fight and contributed little at the global level. Now it has the advantage in vaccines, but what is in its mind is only selfishness. It does not meet the international community's expectation as the most developed country in the world, and shockingly, the US disregards morality to the greatest extent.

It would be fine if the US admits that it is selfish, but the US is trying to tell the world the extent of its sympathy. Washington's Quad vaccine plan, under which a few countries give money, India is responsible for production and Australia is responsible for the rollout, is still only on paper, and the US announced it to the world in such a high-profile way to conceal its selfishness.

Besides its hypocrisy, Washington also smears China's efforts to share its vaccines with developing countries and mobilizes its opinion mechanism to accuse China of engaging in deliberate "vaccine diplomacy." China's timely vaccine program has saved many countries and groups of people who are most at risk. Washington has not reflected on its absence in this emergency aid, but described the aid as a geopolitical competition, which is terrifying.

A Chinese saying goes, "a friend in need is a friend indeed." Like a mirror, the pandemic reflects the true face of the US. What makes it difficult to understand is how could such a country claims itself to be the most active fighter for human rights in the world? A country needs true care for public interests and loyalty for the morality to push for human rights, but Washington calculates its own interests and does not feel ashamed of being selfish. How could it sincerely care about human rights in other parts of the world?

The US care for human rights is conditional - the care must help the US show its "pride" and "loftiness," advance the US' influence and discourse power and set the agenda for the international community - in summary, it must help realize US national interests.

The US will not share its vaccines to assist countries in need and undergo hardships with them together. People in all countries have a balance in their mind. No matter how developed the US opinion mechanism is and how able the US is to mess up the facts, the US' performance since the pandemic started, from its inability to control the disease to its withdrawal from the World Health Organization, to its hold on vaccines and reluctance to share them with other countries, only adds more perspectives for the world to understand the US. The moral high ground of the US is collapsing.