US man accused of sex abuse at Kenyan orphanage he founded 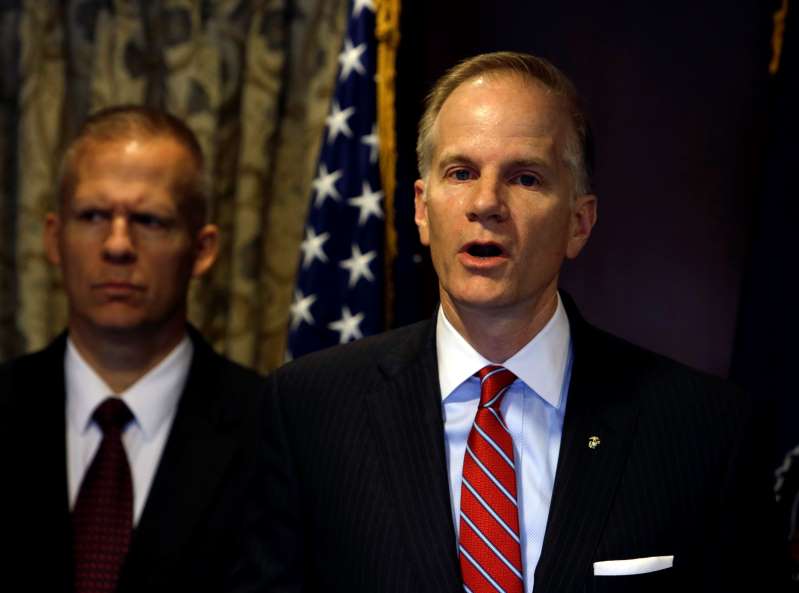 A convicted sex offender went on to establish an orphanage in Kenya where he preyed on children under the guise of missionary work, according to federal prosecutors who announced Friday that he was being charged with sexually molesting four teenage girls.

Gregory Dow, 60, of Lancaster, is accused of four counts of violating a U.S. law against sexual contact with minors in foreign countries, U.S. Attorney William McSwain said. There likely are other victims, investigators said, but tracking the children who lived in the orphanage has been difficult.

Dow is accused of abuse from 2013 until 2017, when prosecutors say he fled back to the United States to avoid prosecution in Kenya. The Dow Family Children's Home in Boito, in a rural area west of Nairobi, closed in September 2017.

At one point, it housed more than 80 children, many of them with diseases, according to the LNP newspaper .

One girl said Dow accused her of having sex with someone else and told her "that she therefore had to have sex with him as well," according to the government's detention motion. Another told agents she tried to brace herself against him but couldn't stop him, the document says.

Dow "purported to be a Christian missionary who would care for these orphans. They called him 'Dad.' But instead of being a father figure for them, he preyed on their youth and vulnerability," prosecutors said in the court filing.

Dow "used force and coercion to perpetrate the most heinous of crimes, preying on vulnerable children for his own sexual gratification," prosecutors wrote.

There are also allegations of physical abuse "inflicted under the guise of strict discipline."

Court records don't list an attorney who could comment for Dow, but he told LNP this year that he had not done anything wrong and that he would get a lawyer if Kenyan authorities attempted to extradite him.

"There's not much I can do. I know the truth," he told the paper in a January story. "They made the accusations falsely, and they got out of hand."

Kenyan authorities told The Associated Press that two girls escaped from the orphanage in September 2017 and notified them of abuse allegations. An investigation identified more victims and allegations of physical, psychological and sexual abuse, the said.

Dow and his wife, Mary Rose Dow, had fled by the time police arrived at the home three days later, Kenyan officials said.

Dow was able to fly out, but Mary Rose Dow was arrested and in January 2018 was found guilty of two counts of cruelty for helping implant birth control in girls at the orphanage, Kenyan authorities said. A message left at a phone listing linked to Mary Rose Dow was not returned Friday.

In the motion seeking to keep Dow behind bars as he awaits trial, prosecutors described him as a previously convicted sex offender, noting his 1996 guilty plea to assault to commit sexual abuse in Iowa. He received two years of probation and was ordered to register as a sex offender for a decade, the U.S. attorney's office told a judge.

That case showed Dow represents "a persistent danger to the community," prosecutors said.

"The fact that he fled charges in Kenya is a good indication that he is at risk of flight," McSwain told reporters.

Dow moved to Kenya in 2008 to start the orphanage, running it with financial and other support from his church at the time, LifeGate Church in Elizabethtown, Pennsylvania; other congregations; and charitable groups. Dow and his wife told LNP the annual budget was about $120,000.

Dow's funding sources expanded around 2013, FBI agent Joseph Bushner said, but there is no evidence the churches were complicit in any abuse.