US math scores made zero progress during lockdowns, data shows 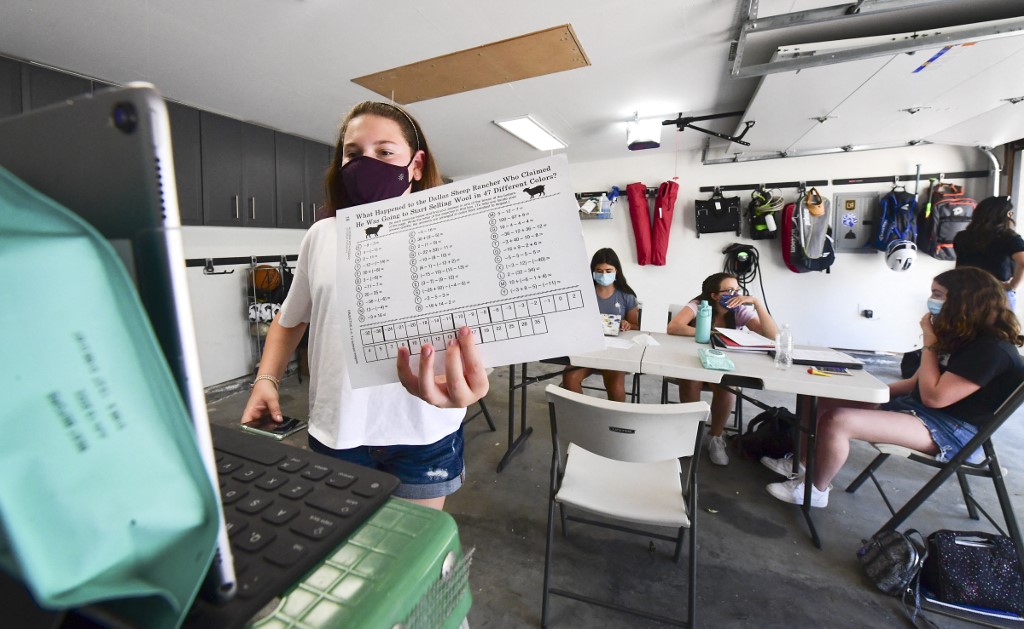 Seventh grade student Mia Friedlander goes over the day's math assignment with tutor Robin Lorch on screen on a laptop placed on a ladder in a home garage on August 27, 2020 in Calabasas, California. (File photo: AFP)

No U.S. large city or state made improvements in national math tests, according to test results from the National Assessment of Educational Progress.

Math scores for eighth-grade students took a nosedive in every single U.S. state except for Utah, with around 38 percent in that age group performing below basic levels in mathematics, according to the "nation's report card."

"These mathematics results are historic," according to Peggy Carr of the National Center for Education Statistics.

They are the "largest declines in mathematics we have observed in the entire history of this assessment," she added.

Hit hardest by school closures were minority students, as many of their parents could not afford expensive private tutors.

In general, the average national math score for the fourth grade plummeted five points since 2019, and eight points for the eighth grade. Average reading scores fell by three points among those grade levels.

The findings come on the heels of results showing that for 9-year-olds, school closures rolled back decades of progress in math scores.

U.S. officials expressed particular concern about the ramifications for high school kids who are falling behind in mathematics.