WORLD US may not see COVID-19 'turning point' for a year, experts say

US may not see COVID-19 'turning point' for a year, experts say 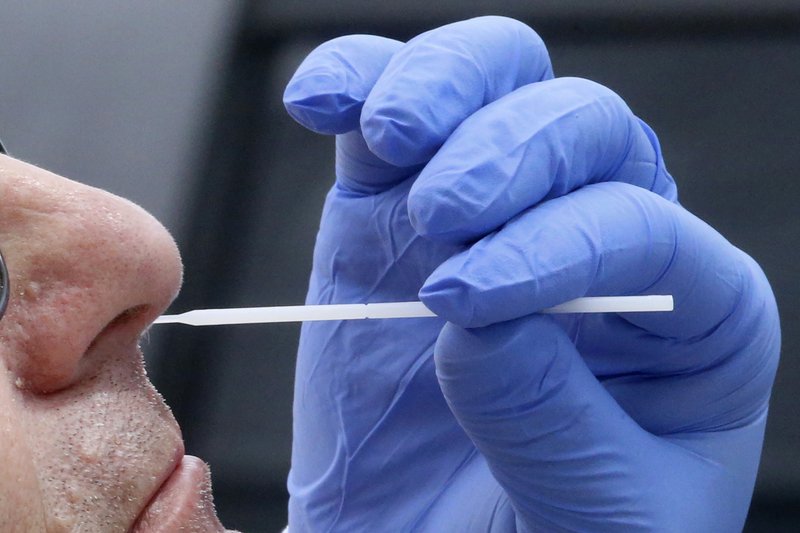 In this Friday, June 12, 2020 file photo, a nurse uses a swab to perform a coronavirus test in Salt Lake City.(Photo: AP)

"I fear that we will not see a turning point for a year," Stanley Perlman, a professor of microbiology and immunology at the University of Iowa, told Xinhua in an email interview.

The US Centers for Disease Control and Prevention (CDC) on Friday projected that the United States was on pace to reach 124,000 to 140,000 COVID-19 deaths by July 4, and that more fatalities could be expected in Arizona, Arkansas, Hawaii, North Carolina, Utah and Vermont in the next month versus the last month.

An influential COVID-19 model produced by the Institute for Health Metrics and Evaluation (IHME) at the University of Washington also revised its projections, forecasting nearly 170,000 COVID-19 deaths in the United States by Oct. 1.

The projections painted a grim picture of what could come when summer turns to fall, with a steep rise in daily deaths forecast in September.

"Based on the IHME projection and the current COVID-19 fatality rate of 5.55 percent, we will see an additional 1 million confirmed cases in the United States in the next three and a half months," Zhang Zuofeng, a professor of epidemiology and associate dean for research with the school of public health at University of California, Los Angeles, told Xinhua.

Zhang attributed the surge in new COVID-19 infections to three main factors: the mass gatherings across the country to protest the killing of George Floyd, an African American who died in police custody, which resulted in close contacts and rapid spread of the virus; businesses reopening in all states which would increase gathering and infection possibilities; and school resumption which might be a hotbed for a new wave of infections.

As all 50 states moved to relax restrictions and about two weeks after people ventured to Memorial Day celebrations, hot spots have emerged in states such as South Carolina and Missouri and cities such as Houston and Phoenix, according to a report by The Hill.

Week-over-week case counts are on the rise in half of all states, and only 16 states and the District of Columbia have seen their total case counts decline for two consecutive weeks, according to the report.

States may need to re-implement the strict social distancing measures that were put in place earlier this year if COVID-19 cases rise "dramatically," the CDC's Deputy Director for Infectious Diseases Jay Butler said on Friday.