US mayor apologizes for city's role in massacre 100 years ago

HOUSTON, May 31 (Xinhua) -- The mayor of Tulsa, a city in the U.S. state of Oklahoma, where hundreds of Black people were killed 100 years ago, issued a statement on Monday, apologizing for the city's role in the massacre. 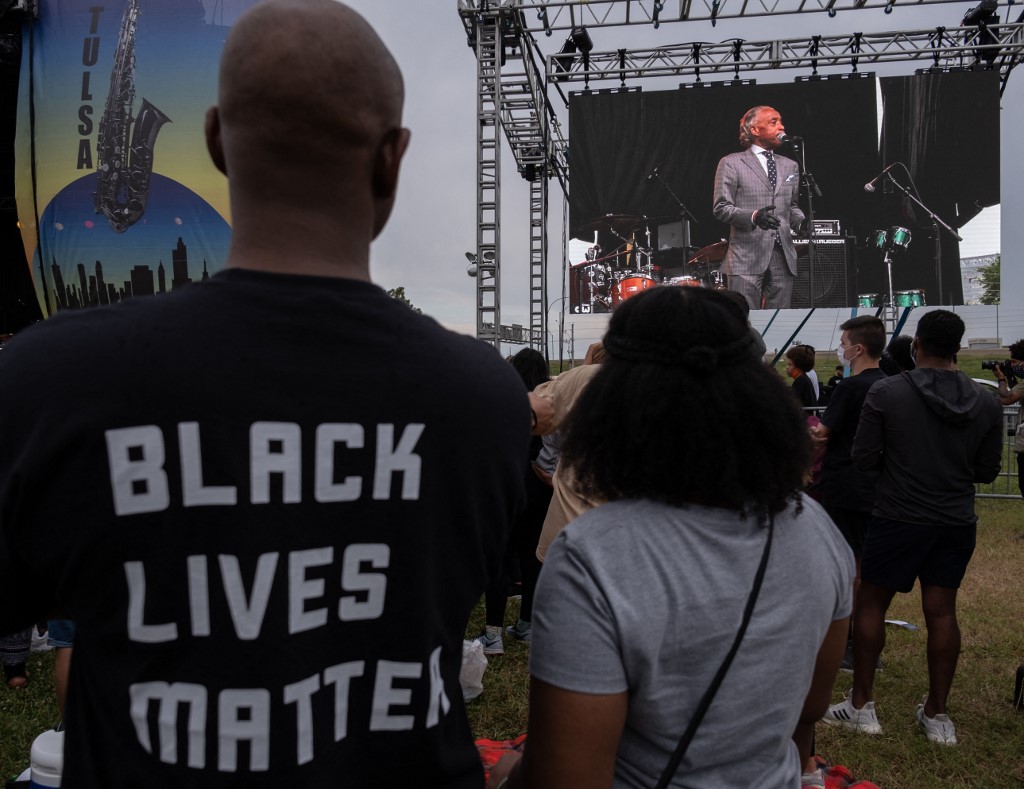 Rev. Al Sharpton speaks during Juneteenth celebrations in the Greenwood District, the site of the 1921 race massacre, in Tulsa, Oklahoma on June 19, 2020. (Photo: AFP)

"Tulsa's city government failed to protect Black Tulsans from murder and arson on the night of the 1921 Tulsa Race Massacre, and from discrimination in subsequent decades," G.T. Bynum wrote in the statement posted online.

"As the Mayor of Tulsa, I apologize for the city government's failure to protect our community in 1921 and to do right by the victims of the Race Massacre in its aftermath. The victims - men, women, young children - deserved better from their city, and I am so sorry they didn't receive it," read the statement.

The city of Tulsa is commemorating the 1921 Tulsa Race Massacre centennial on Monday with events and ceremonies to honor the victims.

On the night of May 31, 1921, a white mob descended the prosperous, all-black neighborhood of Greenwood in north Tulsa. In less than 24 hours, the mob burned what had been known as "Black Wall Street" to the ground leaving more than 10,000 residents homeless.

The exact death toll was not recorded, but an estimated 300 people died in the tragedy. Historians believed that mass graves could be located within the city where digging is conducted.