Washington (People's Daily) - American public opinion has been thrown into panic since the White House announced that President Donald Trump would hold a summit with Russian President Vladimir Putin in Helsinki, Finland, on July 16. 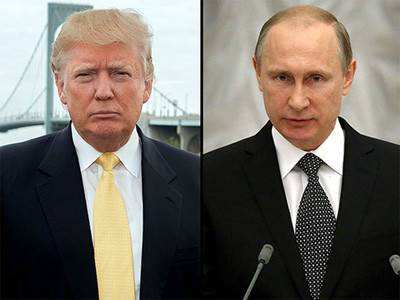 Although the two leaders have met twice on the sidelines of international gatherings, this will be the first formal summit for both presidents after Trump took office.

While the media is speculating about the summit, officials from the Trump administration refused to comment. But it's wildly believed that the summit is expected to deal with issues like the situation in Syria, Crimea and arms control.

It has somewhat raised hopes in both camps for some conciliation between the two nations. Critics have been playing down the idea that the summit will lead to concrete results.

The Washington Post lashed out at Trump, saying his administration is "kowtowing to the Kremlin." The editorial claimed that a meeting aimed at pleasing Putin is naive and foolhardy. A meeting aimed at pleasing Putin at the expense of traditional US allies would be dangerous and damaging. Either Trump has lost touch with essential US interests, or there is some other explanation for the capitulation.

The New York Times called Trump and Putin the best frenemies. The editorial argued that while the White House has not disclosed an agenda for the summit, there is a lot the two leaders should be discussing, starting with Russian cyber intrusions, and the sanctions imposed on Russia, canceling military exercises and Syria. The editorial also said  progress might be achieved at the summit, which includes cooperation in preventing a nuclear arms race and bringing Russia back into compliance with the I.N.F treaty. It warned that US security is at stake when Trump meets Putin and that Trump should prepare carefully for the encounter.

A report in the New Yorker asked a question:"Will Trump Get Played by Putin?" The commentary stated that the outcome would center more on Trump's weakening of US alliances that in turn diminish Trump's leverage to deal with Putin and other adversaries.

The choice of the location is not very surprising, because Helsinki has a history of hosting summits between US and Russian leaders that stretches from the Cold War and has a long tradition of acting as a bridge between the two super powers.

In 1975, US President Gerald Ford met with the Soviet leader Leonid Brezhnev for talks that produced the "Helsinki Accords." In 1990, Helsinki hosted another US-Soviet summit between US President George H. W. Bush and Soviet President Mikhail Gorbachev. In 1988, US President Ronald Reagan used Helsinki as a stopping off point to prepare for a major summit in Moscow with Gorbachev. The reason, they say, is that Finland is a place where you can go and do no heavy lifting.