US media list hardest-hit states in trade disputes with China 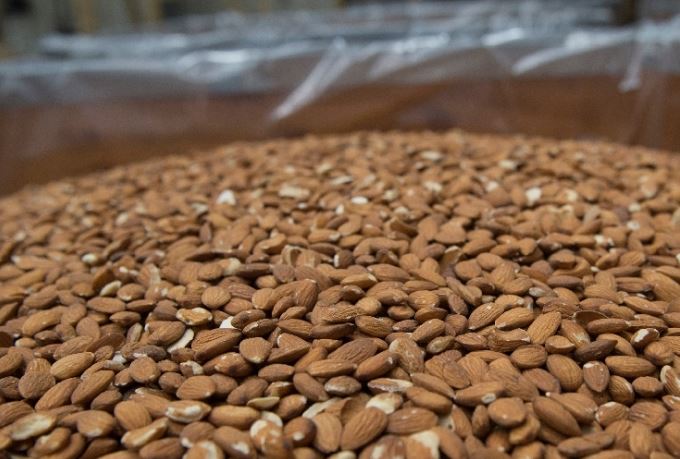 Shelled almonds are seen at an almond processing plant in Modesto, California, the United States, on March 19, 2013. (Photo: Xinhua/Yang Lei)

LOS ANGELES, Sept. 3 (Xinhua) -- A popular business news website in the United States on Monday published a list showing which states of the nation could be hit the most in trade disputes with China.

The Business Insider made the list based on the share of each state's GDP that was attributable to trade with China, while emphasized "a huge trade war would also drag on U.S. economic growth."

The report predicted that the biggest loser from the trade disputes would be Tennessee, as trade with China accounts for 7.6 percent of the state's total GDP, followed by four other states of Washington, California, South Carolina and Kentucky, where 5 percent or more of their state GDP comes from the Chinese trade.

The report said 6.39 percent of California's GDP comes from trade with China. However, an Assembly Joint Resolution (AJR) approved by the congress of the Golden State on Aug. 31 indicated that California does more business with China than any other U.S. state.

In 2017, the total trade volume between California and China was $175.6 billion, accounting for 27.6 percent of the United States' trade with China, said the resolution.

The resolution, AJR 44, approved by 75 of the total 80 California Assembly members, therefore announced that the legislature would actively support "continued coordination and collaboration between California and China to increase mutually beneficial economic opportunities and strengthen the substantial, bilateral relationship in the areas of people-to-people exchange, trade, climate change, education, tourism, technology, innovation, and green development."

An AJR does not have the power of law like a bill, but the copies of it would be transmitted to the president, each senator and representative from California in the Congress of the United State.