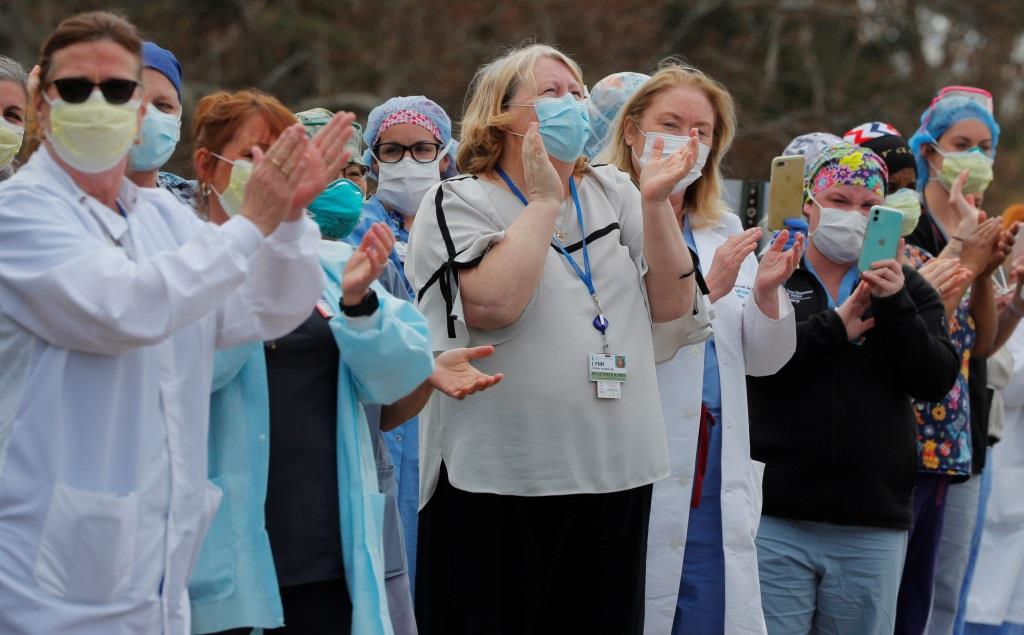 WASHINGTON, May 20 (Xinhua) -- Officials in the U.S. states of Florida, Arizona and Georgia have been reportedly manipulating COVID-19 data and censoring scientists while pushing for early reopening, according to U.S. media reports on Wednesday.

They have taken steps to obscure data that would have run counter to their plans, hiding or misapplying complete numbers of those who have died or become ill from COVID-19, said a report of internet media BuzzFeed News.

"People are going to see low numbers from these reports with manipulated numbers, go outside when they should stay in, get ill, and die," the report quoted biostatistics professor Ruth Etzioni of the Fred Hutchinson Cancer Center in Seattle as saying.

The accuracy of COVID-19 case data is essential for safe reopening across the United States, which would rely on declining case numbers for 14 days, accurate testing data and hospitalization rates.

According to BuzzFeed News, Rebekah Jones of the Florida Department of Public Health reported in an email update Friday that she had been removed from her role for "reasons beyond my division's control."

Jones, who had previously won praise from White House coronavirus task force coordinator Deborah Birx, later told a local TV station that the state had asked her to "manually change data to drum up support for the plan to reopen."

Local media Florida Today reported on Wednesday that Jones confirmed her dismissal on Monday in an email and she had warned researchers and other data users that there could be changes concerning the accessibility and transparency of the Florida COVID-19 dashboard data.

The true death toll of COVID-19 in Florida, which reopened on May 4, may be between 17 percent to 58 percent higher than published death figures, reported local newspaper the Tampa Bay Times.

"Health experts say that likely includes some people who died of coronavirus but were never diagnosed as well as others who might have lived had the pandemic not kept them from getting care," the report said.

According to a report of daily newspaper The Atlanta Journal-Constitution, Georgia was criticized last week for mistakes in its data just ahead of its reopening on April 27, which showed that new cases in counties with the highest infection rates had been in a steady two-week decline when in fact they had stayed flat.

"When public health agencies are not being transparent, not being complete and accurate over the long term, they are fundamentally undermining the trust of the public," BuzzFeed News quoted George Washington University health policy professor Jeffrey Levi as saying.

The United States has so far reported more than 1.55 million infections and over 93,000 deaths, according to the latest tally by Johns Hopkins University.