Negotiators from Canada and the United States went down to the wire but were able to reach an agreement on a new free trade pact that will include Mexico, the governments announced late Sunday night.

The rewrite "will result in freer markets, fairer trade and robust economic growth in our region," according to a joint statement from US Trade Representative Robert Lighthizer and Canada's Foreign Affairs Minister Chrystia Freeland.

After more than a year of talks, and six weeks of intense discussions, the governments were able to overcome their differences with both sides conceding some ground, but both hailing the agreement as a good deal for their citizens in the region of 500 million residents that conducts about $1 trillion in trade a year.

Canada will open its dairy market further to US producers, and Washington left unchanged the dispute settlement provisions which Ottawa demanded. 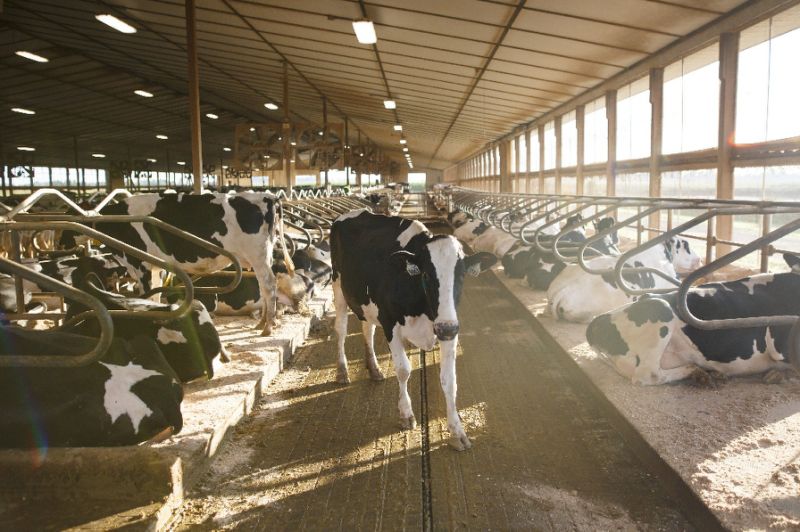 Ottawa and Washington have been at odds over Canada's managed dairy sector, and the dispute resolution provisions in NAFTA (AFP Photo/Cole Burston)

This will allow them to sign the agreement before Mexico's President Enrique Pena Nieto leaves office December 1, the date that was the cause of the last minute flurry of activity.

Under US law, the White House is required to submit the text of the trade deal to Congress 60 days before signing -- and officials barely made it by midnight.

The United States and Mexico had already reached an agreement on a new NAFTA in late August, and since then negotiators from Ottawa had been in Washington for continuous talks, but as of late last week officials warned time was running out.

Trump complained about the behavior of Canadian officials, and said he rejected a meeting with Prime Minister Justin Trudeau, although Trudeau's office said no meeting was planned.

A senior US administration official said the final rewrite is a "fantastic agreement" and he called it "a big win for the United States, Mexico and Canada."

In addition to the changes to the dairy market in Canada, officials said it includes stronger protections for workers, tough environmental rules, and updates the trade relationship to cover the digital economy and provides "groundbreaking" intellectual property protections, the official told reporters.

In addition, it adds provisions to prevent "manipulation" of the trade rules, including covering currency values, and controls over outside countries trying to take advantage of the duty-free market, he said.

While the new deal -- which includes revised provisions on the critical auto sector -- should protect Mexico and Canada from Trump's threatened 25 percent tariffs on cars, still pending are the duties on steel and aluminum, which officials said was on a "separate track," handled by the Commerce Department.