WORLD US, Mexico officials to begin talks over tariffs, border

US, Mexico officials to begin talks over tariffs, border 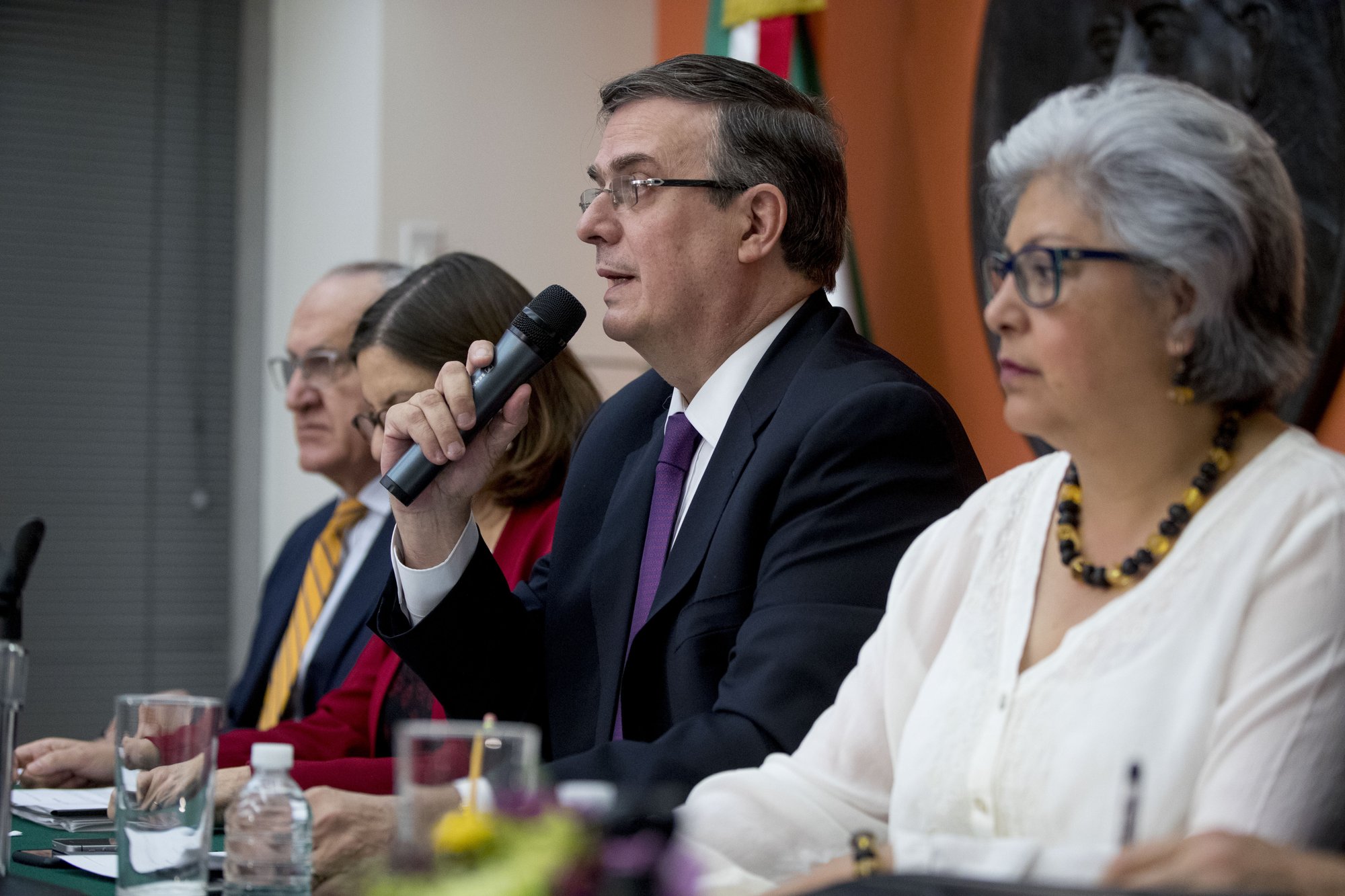 Mexico launched a counteroffensive Monday against the threat of U.S. tariffs, warning not only that it would hurt the economies of both countries but also could cause a quarter-million more Central Americans to migrate North.

A high-level delegation from the Mexican government held a press conference at the embassy in Washington, making the case against the threat by President Donald Trump of imposing a 5% tariff on Mexican imports by June 10.

Trump is in London for a long-planned overseas trip, leaving others to stem a potential trade crisis. It is unclear what more Mexico can do — and what will be enough — to satisfy the president. Trump’s Republican allies warn that tariffs on Mexican imports will hit U.S. consumers and harm the economy.

The president all but taunted negotiators for a quick resolution. “Mexico is sending a big delegation to talk about the Border,” the president tweeted Sunday. “Problem is, they’ve been ‘talking’ for 25 years. We want action, not talk.”

But Mexican Foreign Minister Marcelo Ebrard replied Monday that both countries working together is “the best way to do it.”

Mexico said it will only go so far to avert the duties, and absolutely ruled out a “third safe country” agreement that would require asylum seekers to apply for refuge in Mexico first.

“There is a clear limit to what we can negotiate, and the limit is Mexican dignity,” said Mexico’s Ambassador to the United States, Martha Barcena.

Barcena said Mexico has taken steps to offer migrants visas in Mexico, and “without Mexico’s efforts an additional quarter-million migrants could arrive at the U.S. border in 2019.”

Barcena said Mexico has accepted 8,835 returned migrants as of May 29, and they are now waiting in the country for an asylum hearing in the U.S. courts.

Marquez told reporters her team is assessing potential reprisals in case the diplomatic efforts do not bear fruit this week. “We will have to make a strategic plan to take into consideration many elements,” she said.

Agriculture trade between the United States and Mexico was worth about $130 million a day last year, according to Mexican Secretary of Agriculture Victor Villalobos. A 5 percent U.S. tariff would decrease that trade by $3.8 million a day, he said.

Trump has been here before, issuing high-stakes threats, only to back off come crunch time.

Trump claims Mexico has taken advantage of the United States for decades but that the abuse will end when he slaps tariffs on Mexican imports. His frustration with the flow of migrants is nothing new, but it’s a subject he often returns to, as he did last week after special counsel Robert Mueller’s rare public statement on the Trump-Russia report.

The president said last week that he will impose the tariffs to pressure the government of Andres Manuel Lopez Obrador to block Central American migrants from crossing the border into the U.S. Trump said the import tax will increase by 5% every month through October, topping out at 25%. It swiftly refocused attention on the border issues.

Mick Mulvaney, the acting White House chief of staff, said on “Fox News Sunday” that the president is “deadly serious.”

Still, Mulvaney acknowledged there are no concrete benchmarks being set to assess whether the U.S. ally is stemming the migrant flow enough to satisfy the administration. “We intentionally left the declaration sort of ad hoc,” he said.

The tariff threat comes just as the administration has been pushing for passage of the United States-Mexico-Canada Agreement, which would update the North American Free Trade Agreement and top Republicans warned it could derail that effort.

GOP Sen. John Kennedy of Louisiana, called the tariffs a “mistake” and said it was unlikely Trump would impose them.

Republicans on Capitol Hill and GOP allies in the business community have expressed serious unease with the tariffs. Some see this latest threat as a play for leverage and doubt Trump will follow through. Earlier this year Trump threated to seal the border with Mexico only to change course.

Republicans have repeatedly tried to nudge Trump away from trade wars and have specifically questioned the White House’s ability to rely on executive authorities to impose some of them as national security issues.

At the same time, Trump’s efforts to revamp immigration laws have drawn little support in the Congress.

Mulvaney, who also appeared on NBC’s “Meet the Press,” said Mexico could take various steps to decrease the record numbers of migrants at the border.

Economists and business groups are sounding alarms over the tariffs, warning that they will impair trade and increase the costs of many Mexican goods that Americans have come to rely on.

But Mulvaney played down those fears, saying he doubts business will pass on the costs to shoppers. “American consumers will not pay for the burden of these tariffs,” he said.

He also suggested the tariffs were an immigration issue, separate from the trade deal the United States is trying to negotiate with Mexico and Canada.

Several top GOP lawmakers have expressed concerns that Trump’s tariff threat could upend that deal. The chairman of the Finance Committee, Republican Sen. Chuck Grassley of Iowa, said last week the tariffs would “seriously jeopardize” passage of that agreement, which needs approval in Congress.