US and Mexican officials claim to be making progress as they labored for a second day to avert import tariffs. But President Donald Trump is still threatening to impose them as he tries to pressure Mexico into stemming the flow of Central American migrants across the United States' southern border. 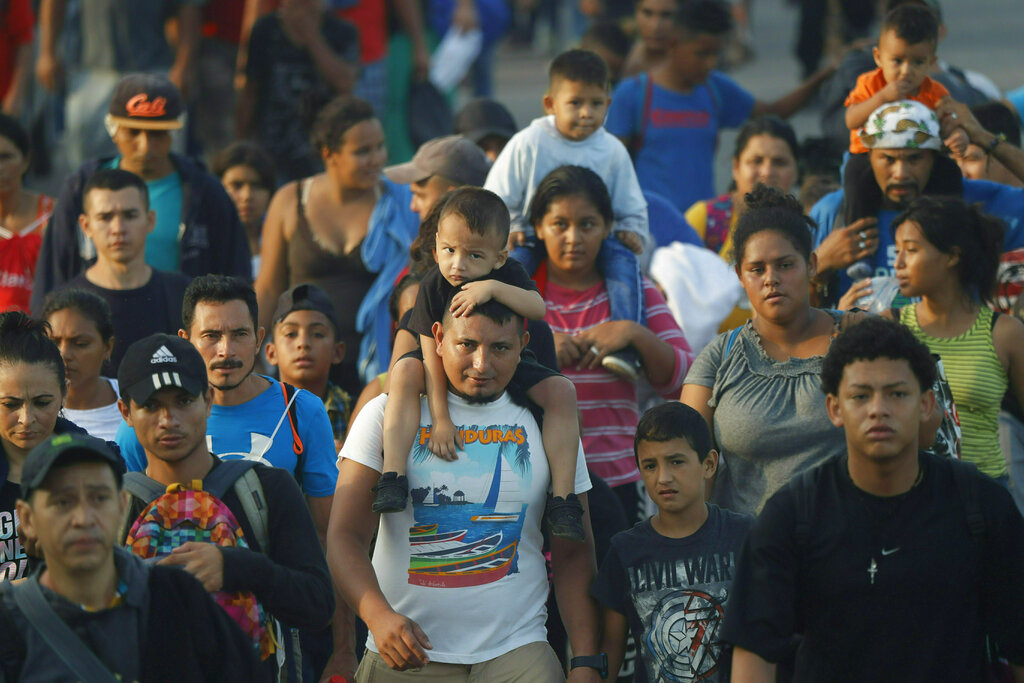 Vice President Mike Pence, monitoring the talks from his travels in Pennsylvania, said Thursday the US was "encouraged" by Mexico's latest proposals but that, so far, tariffs still were set to take effect on Monday.

He added that it would be "for the president to decide" whether Mexico was doing enough to head off the tariffs. Pence said that, among other issues, negotiators had been discussing a potential agreement to make it difficult for those who enter Mexico from other countries to claim asylum in the US Mexico has long resisted that request.

Trump has threatened to impose a 5% tax on all Mexican goods beginning Monday as part of an escalating tariff regime opposed by many in his own Republican Party.

The frantic, last-minute talks underscore Trump's chaotic approach even when decisions have enormous economic consequences for both the US and its closest allies. Trump has embraced tariffs as a tool he can use as leverage against other countries, dismissing the potential harm to American consumers and manufacturers.

Traveling in Europe, Trump told reporters that negotiators had made "a lot of progress," but continued to play coy.

"We'll see what happens," Trump said in Ireland before leaving for France to attend a D-Day ceremony. "But something pretty dramatic could happen. We've told Mexico the tariffs go on. And I mean it, too. And I'm very happy with it."

It remained unclear whether any deal could be struck with Trump out of the country. Many in Washington still expect the tariffs to go into effect barring a major new concession from Mexico, though lawmakers who have been in talks with both US and Mexican officials said they were hopeful a deal could be reached to satisfy Trump, or at least delay the tariffs' implementation.

Ebrard told reporters as he left the State Department that progress was being made and that he was likely to return following consultations at the embassy. He returned in early evening.

His spokesman, Roberto Velasco, tweeted that "Options continue to be explored."

"The stance of the United States is focused on measures of migratory control, ours on development," he said.

White House spokeswoman Mercedes Schlapp said in an interview that conversations were continuing but "it looks like we're moving toward this path of tariffs because what we've seen so far is that the Mexicans, what they're proposing, is simply not enough."

Pence, who led the discussions Wednesday with Secretary of State Mike Pompeo and other US officials, told reporters in Pennsylvania that the administration had "made it very clear that our neighbors to the south, Mexico, must do more to end the tide of illegal immigration that is besetting our southern border."

During Wednesday's talks, the gulf between the countries was clear as Mexico offered small, thus far undisclosed concessions, and the US demanded major action. A senior administration official said the US once again pressed Mexico to step up enforcement on its southern border and to enter into a "safe third country agreement" that would make it difficult for those who enter Mexico from other countries to claim asylum in the US.

But Mexico surprised US officials Thursday when they returned to the negotiating table and said they would commit to what Pence had requested, according to the official, who cautioned that significant questions about timing and implementation remain.

Trump officials have said Mexico can prevent the tariffs by securing its southern border with Guatemala, cracking down on criminal smuggling organizations and overhauling its asylum system. But the US has not proposed concrete metrics to assess whether Mexico is complying, and it is unclear whether even those steps would be enough to satisfy Trump on illegal immigration, a signature issue of his presidency and one that he sees as crucial to his 2020 re-election campaign.

Beyond Trump and several White House advisers, few in the administration believe imposing tariffs is a good idea, according to officials familiar with internal deliberations. Those people worry about the negative economic consequences for Americans and believe the tariffs — which would likely spark retaliatory taxes on US exports — would also hurt the administration politically. The officials were not authorized to discuss the matter publicly and spoke on condition of anonymity.

Republicans in Congress have warned the White House that they are ready to stand up to the president to try to block his tariffs, which they worry would spike costs to US consumers, harm the economy and imperil a major pending US-Mexico-Canada trade deal .

Democratic House Ways and Means Committee Chairman Richard Neal said he will introduce a resolution of disapproval to stop the tariffs if Trump goes through with his threat, panning it as presidential "overreach."