WORLD US Midwest storms leave deaths, damage and injuries in their wake

US Midwest storms leave deaths, damage and injuries in their wake 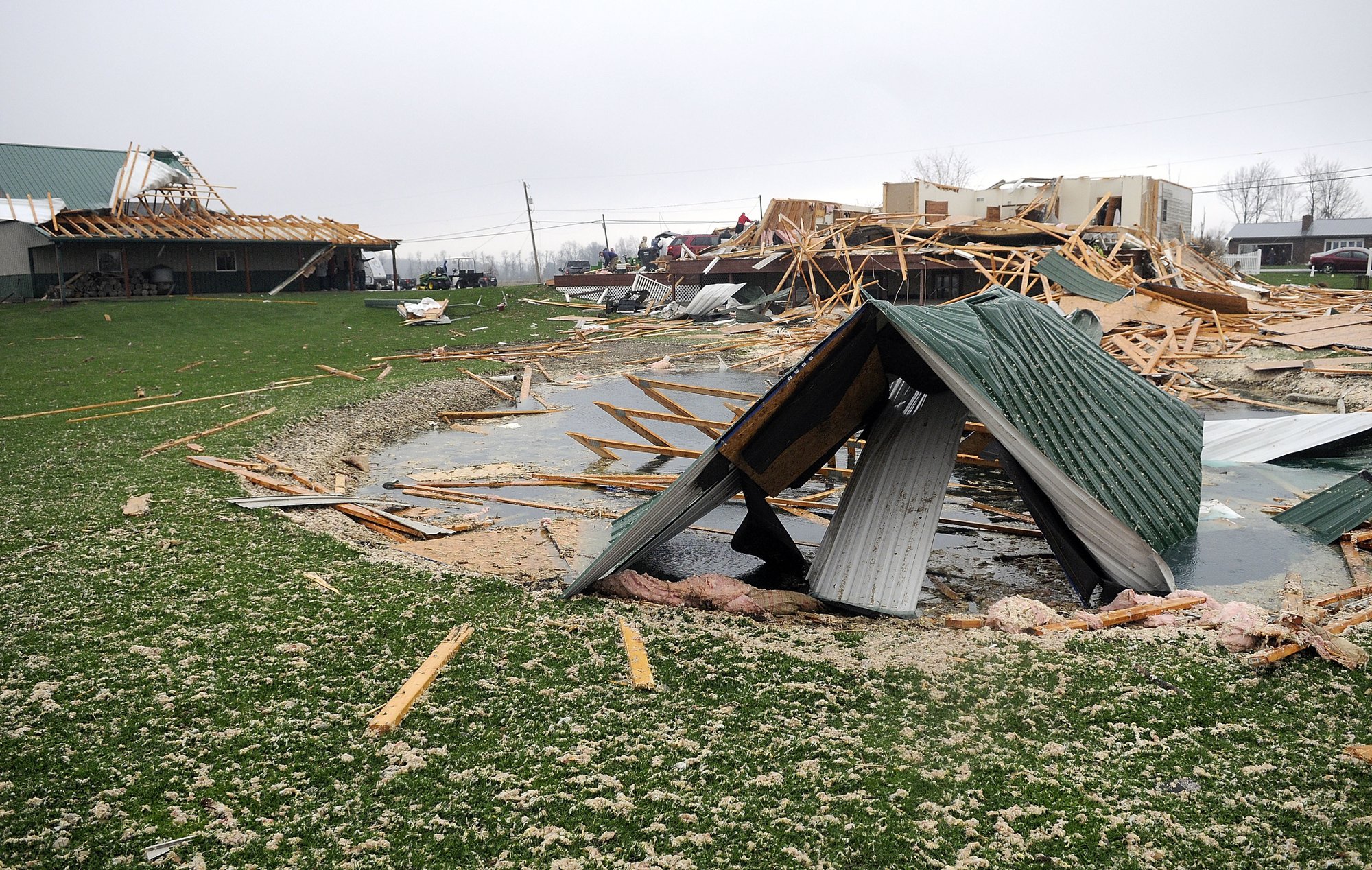 Strong storms, including at least one tornado, swept through parts of the Midwest and the Mid-Atlantic region, damaging homes and businesses and causing injuries after storms in the South killed at least eight people.

Storms that hit Ohio on Sunday and moved into New Jersey overnight into Monday brought heavy rains, lightning, strong winds and, in Ohio, at least one tornado. The storms followed worse conditions that had swept across the South , unleashing more than a dozen confirmed tornadoes and flooding, killing at least eight people, injuring dozens and flattening much of a Texas town.

In Shelby, Ohio, the National Weather Service said a tornado touched down Sunday. No deaths were reported, but Richland County emergency officials said that about a half-dozen homes and businesses were damaged and that at least six people were injured in the city roughly 90 miles (145 kilometers) southwest of Cleveland.

The weather service says a possible tornado also swept through part of Clark County in western Ohio on Sunday, about 40 miles west of Columbus, and damaged some mobile homes. There were no immediate reports of injuries there.

Storms on Monday spawned a tornado watch and flooded roadways in some areas of New Jersey, causing a roof to collapse at an apartment complex in Camden, though no injuries were reported. The weather disrupted rail service in the mid-Atlantic region, caused delays at airports and left tens of thousands of utility customers without power.

More than 20,000 customers lost power in New Jersey when the storms hit, though crews were able to quickly restore service to most.

Vermont officials say flooding from spring rains closed a number of roads Monday. An emergency operations center has been activated to help communities respond to the flooding.

The weather service said Monday that a survey team found evidence of an EF-3 twister with winds of at least 136 mph near Weches, Texas, and that two other smaller tornadoes touched down in the same region on Saturday. Another EF-3 twister flattened part of Franklin, Texas.

Four people were killed in Texas. The other victims died in Louisiana, Mississippi and Alabama.