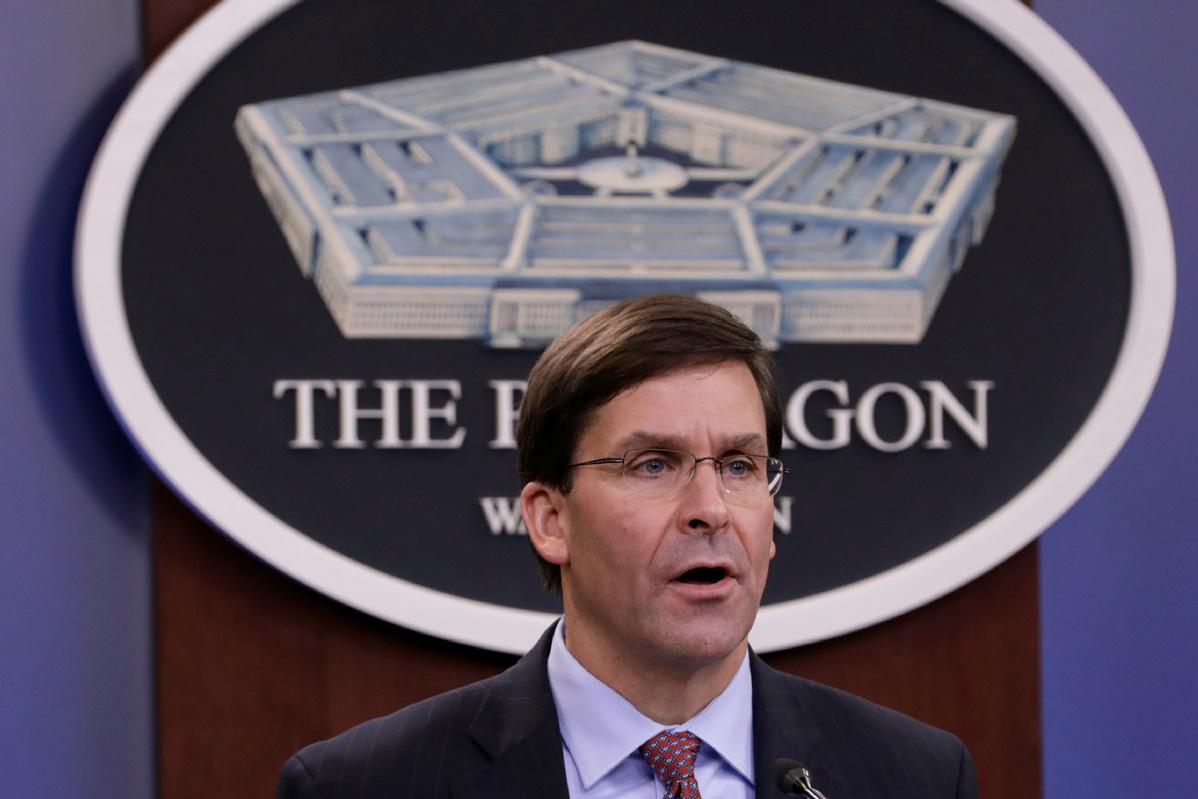 US Defense Secretary Mark Esper speaks during a press briefing at Pentagon in Arlington, Virginia, US, Dec 20, 2019. (Photo: Agencies)

WASHINGTON - The US military cyber unit is developing information warfare tactics targeting Russian officials if Moscow interferes with the US elections next year, The Washington Post reported on Wednesday.

Citing current and former US officials, the report said that US Cyber Command will attack the personal data of Russian senior leadership and elites if the interference does not stop.

However, the possible targets will not include Russian President Vladimir Putin, said the US officials, adding it will be considered too provocative.

The move came as various agencies within President Donald Trump's administration make efforts to ensure that the 2020 presidential elections are shielded against any foreign meddling.

US Defense Secretary Mark Esper told reporters last week that the Pentagon participates in a whole-of-government approach through US Cyber Command and others to protect the 2020 elections.

Washington has imposed a series of sanctions against Russian individuals and entities, accusing them of meddling in US elections, which Moscow consistently denied.

Russian Foreign Minister Sergei Lavrov reiterated earlier this month in Washington that all speculations about alleged Russian interference in US domestic processes are baseless.