WORLD US military plane crashes into Iraqi base, no fatalities

US military plane crashes into Iraqi base, no fatalities

A US military plane crashed into an Iraqi military base north of the capital on Monday without causing fatalities, the US-led coalition said. 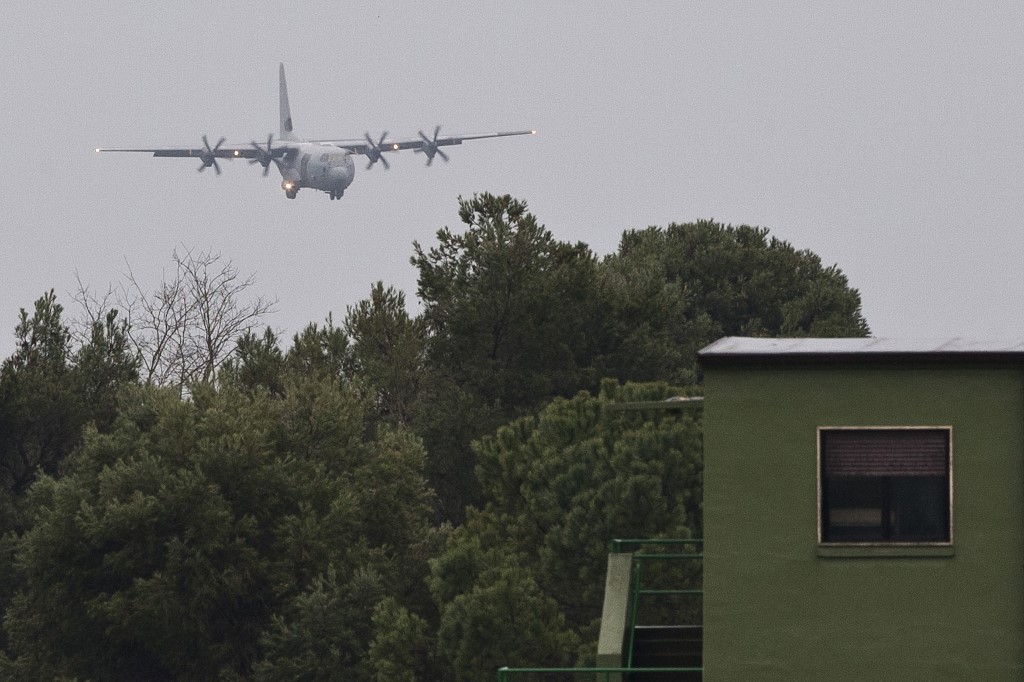 Separately, a rocket landed on the periphery of Baghdad airport, the Iraqi military said, without providing further details. There were no reported casualties or damages.

The crash of the C130 in Iraq's Camp Taji injured four servicemen and was deemed an accident, spokesman for the US-led coalition Myles Caggins told the Associated Press.

Caggins said the plane had overshot the runway and crashed into a wall resulting in damage to the aircraft and a small fire.

“Four service members on the plane sustained non-life-threatening injuries and are being treated at Camp Taji’s medical facility,” Caggins said in a statement after the incident. “Enemy activity is not suspected; the incident remains under investigation.”

There were seven crew members and 26 passengers aboard the flight, Iraqi official said. Among the injured were two pilots. The official spoke on condition of anonymity in line with regulations.

In March, two Americans and one British soldier were killed following a barrage of rockets on Camp Taji.

Meanwhile, Iraq's military said a missile struck near to Baghdad's airport, which includes a military base frequented by US troops. The statement said the missile was launched from an area south of the airport.

Security forces have initiated a search operation to uncover the perpetrators, the statement said. An Iraqi security official said the rocket struck close to the headquarters of the US-led coalition.

The attack is the first to target the airport since May 6 when three katyusha rockets struck near its military sector. That attack did not cause any casualties.

The rockets had struck close to Iraqi forces at the military airport, another near Camp Cropper, once a US detention facility, and the last near to where US forces are stationed at the base.

The US has accused Iran-backed militias of carrying out such attacks in the past. Several attacks targeted US interests early in March, including three military bases known to house US troops. The US-led coalition has withdrawn from several bases across Iraq in a planned drawdown.