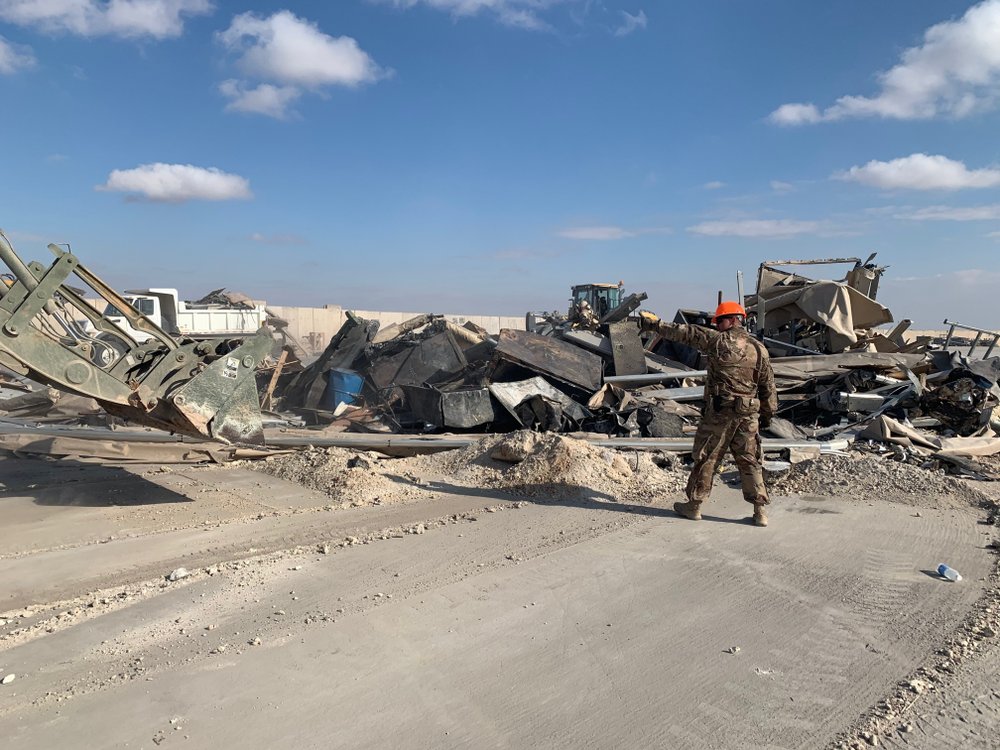 US soldiers clear rubble from a site of Iranian bombing at Ain al-Asad air base in Anbar, Iraq, Monday, Jan. 13, 2020. (Photo: AP)

The US military is resuming operations against Islamic State militants in Iraq and is working to soon restart training Iraqi forces, US officials said Wednesday, despite deep divisions over the American drone strike that killed an senior Iranian commander in Baghdad and the resulting missile attacks by Iran on Iraqi bases.

One official said some joint operations between the US and Iraqi forces have already begun, but there are not yet as many as before. The official said details are still being worked out to restore the training of Iraqi forces, but that could happen relatively soon.

Relations with Iraq were fractured after the US launched a drone strike on Jan. 3 that killed Iranian Gen. Qassem Soleimani. The Parliament later voted to expel US forces from the country and Prime Minister Adel Abdul-Mahdi asked Washington to work out a road map for a troop withdrawal. The US flatly rejected that request and has not moved to pull the more than 5,000 troops out.

Officials spoke on condition of anonymity to discuss decisions not yet made public.