WORLD US military's toll in Kabul bombing rises to 13: Pentagon

US military's toll in Kabul bombing rises to 13: Pentagon

The US Defense Department said Thursday that the number of American troops killed in the suicide bombings at Kabul airport rose by one to 13, and the number of wounded was 18. 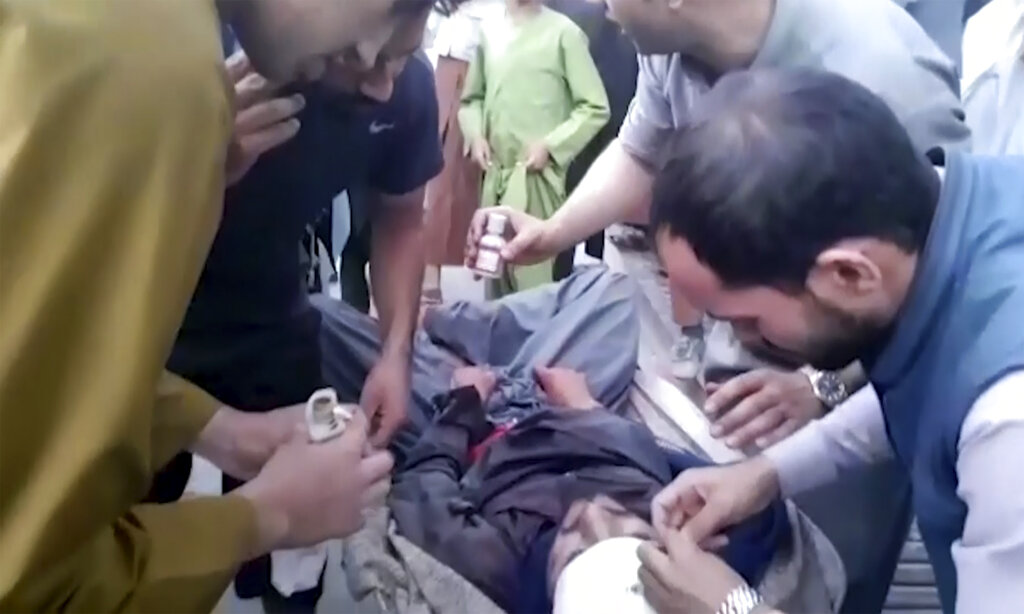 In this frame grab from video, people attend to a wounded man near the site of a deadly explosion outside the airport in Kabul, Afghanistan, Thursday, Aug. 26, 2021. (Photo: AP)

"A thirteenth US service member has died from his wounds suffered as a result of the attack on Abbey Gate," Central Command spokesman Captain Bill Urban said in a statement.

Ten of those killed and several wounded were US Marines, Marine Corps spokesman Major Jim Stenger said in a statement.

"We mourn the loss of these Marines and pray for their families," Stenger said.

"Our Marines will continue the mission, carrying on our Corps' legacy of always standing ready to meet the challenges of every extraordinary task our Nation requires," he said.

The military has yet to provide any details of what occurred in the attack, which was carried out by the Afghanistan branch of the Islamic State jihadist group.

The outer perimeter of access to the airport is controlled by the Taliban, and the airport gates are managed under heavy security by the Marines and other troops.

They have been in charge of allowing passage of into the airport of thousands of people each day seeking to flee the country after the Taliban seized control of the government.

That requires them to examine the evacuees for their travel papers and security risks, General Kenneth McKenzie, the commander of the US Central Command, said Thursday.

"We have to check people before they get onto the airfield," McKenzie said.

"We can't do that with standoff. You ultimately have to get very close to that person," he said.