US military struggles to weed out soldiers with far-right ties 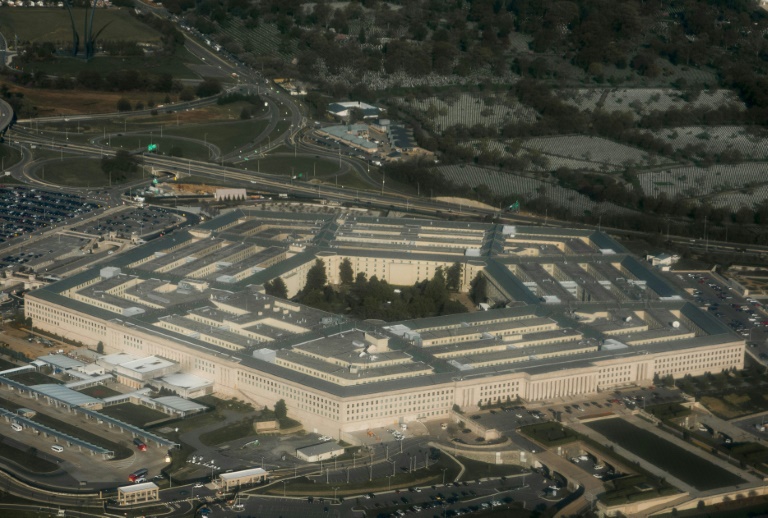 The Pentagon says it has a "multi-level approach" to weed out recruits with potential far-right sympathies, but the task is complex. (Photo: AFP)

The arrest of a US soldier with far-right sympathies who is suspected of plotting an attack on American soil to spark "chaos" has highlighted a challenge for the Pentagon: purging its ranks of extremists.

Jarrett Smith, a private in the US Army based at Fort Riley in Kansas, was arrested and charged in federal court with one count of distributing information related to explosives after offering a detailed explanation to an undercover FBI agent.

Smith also expressed interest in targeting members of the leftist group Antifa and heading to Ukraine to fight with a far-right paramilitary group, the FBI says.

But he is hardly the first US soldier to reveal far-right or ultra-nationalist leanings -- and some fear the US military is being used as a training ground by extremist groups.

"Everything old is new again," says Brian Levin, a professor of criminal justice at California State University, San Bernardino, and the director of the school's Center for the Study of Hate and Extremism.

"There is a renewed effort within part of the white supremacist world to focus on the military because they have such valuable skills," he added, pointing to Smith's case.

The links between the far-right and the US armed forces first came to light in the 1980s when Vietnam veteran Louis Beam came home, joined the Ku Klux Klan and had links to the Order, an underground neo-Nazi group that called for the overthrow of the US government.

Earlier this year, a US Coast Guard officer who espoused white supremacist views, Christopher Paul Hasson, was arrested on firearms and drug charges outside Washington.

Prosecutors have said Hasson identified himself as a "White Nationalist for over 30 years and advocated for 'focused violence' in order to establish a white homeland."

And in May, the US Army said it was investigating a 22-year-old soldier over suspected ties to neo-Nazi group Atomwaffen Division.

"Our standards are clear; participation in extremist activities has never been tolerated" and is a punishable offense, Pentagon spokeswoman Jessica Maxwell told AFP.

The Pentagon tries to "learn as much as possible about potential new soldiers, sailors, airmen and Marines so we can assess whether they should be extended the privilege to serve in the military," Maxwell said.

"While we can't guarantee that every person who enters the service will be free from holding extremist thoughts, various screening tools provide us the best opportunity to identify those who do not share our values."

In Smith's case, an investigation revealed that he had joined the army a year after connecting on Facebook with Craig Lang, an extremist known to US security officials for fighting alongside paramilitaries in Ukraine.

"No former military experience, but if I cannot find a slot in Ukraine by October I'll be going into the Army," Smith told Lang in June 2016, according to the FBI.

One year later, he was stationed at Fort Benning in Georgia. Recruiters had not uncovered his leanings -- or the risk presented.

For Levin, Smith's case is interesting because it implies that white supremacist groups are on the prowl for soldiers sharing their views.

He said that while the Pentagon is making a "sincere effort" to combat extremism within its ranks, it was not enough.

"The military is acutely aware of the problem and they are certainly working on it," Levin said. "Now what we have to do is to retool our response to it."

Even if the US military is seen as the most ethnically diverse institution in the country, it remains a fertile breeding ground for far-right sympathizers.

According to a poll conducted among 829 service members in October 2018 by the Military Times, 22 percent said they had seen signs of white supremacism or racism within the military in the previous year.

The number is similar to one found the year before, shortly after an American neo-Nazi rammed his car into a crowd protesting white supremacists and other hate groups marching in Charlottesville, Virginia in August 2017. One woman was killed.