WORLD US military training for Saudi students could resume soon

US military training for Saudi students could resume soon 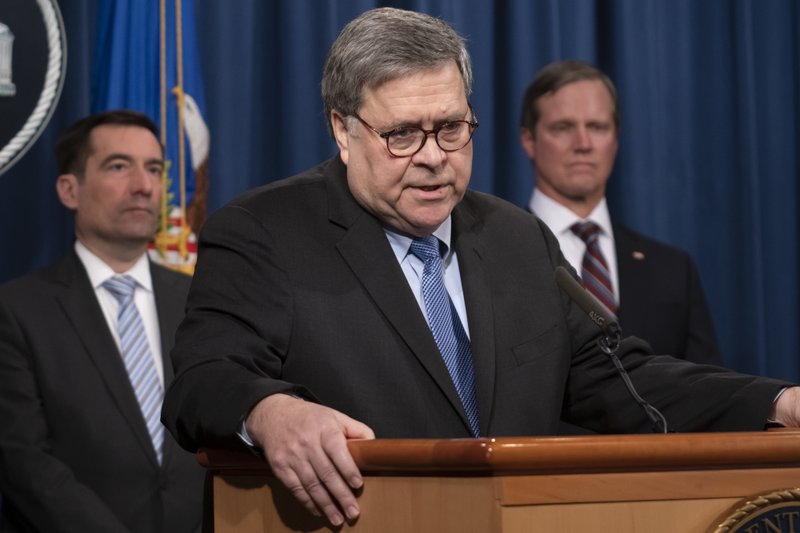 Attorney General William Barr speaks to reporters at the Justice Department in Washington, Monday, Jan. 13, 2020, to announce results of an investigation of the shootings at the Pensacola Naval Air Station in Florida. (Photo: AP)

US training for more than 800 Saudi Arabian military students could be restarted “in the coming days,” the Pentagon said Thursday, nearly six weeks after a shooting by one Saudi trainee killed three sailors at a Florida base.

The Pentagon had stopped all flight and field training for the approximately 850 Saudi students amid fears that others may have known about or been involved in the shooting at the Pensacola Naval Air Station. Classroom training has continued.

Jonathan Hoffman, chief spokesman for the Defense Department, said officials probably will have an announcement soon about the training resumption.

“We’re looking forward to turning it back on in the coming days,” he told reporters during a briefing. He added that the department also will announce additional screening procedures for international students as well and increased security measures at American bases.

The US completed security screenings of all the students, and on Monday the Justice Department announced that 21 were being sent home.

The trainees who were removed had jihadist or anti-American sentiments on social media pages or had “contact with child pornography,” including in internet chat rooms, officials said. None is accused of having had advance knowledge of the shooting or helped the 21-year-old gunman carry it out.

The shooting focused public attention on the presence of foreign students in American military training programs and exposed shortcomings in the screening of cadets. Monday’s resolution singled out misconduct by individual students but also allowed for continued training of pilots from Saudi Arabia, an important American ally in the Middle East.