WORLD US military widely criticized for covering and downplaying scandals

US military widely criticized for covering and downplaying scandals 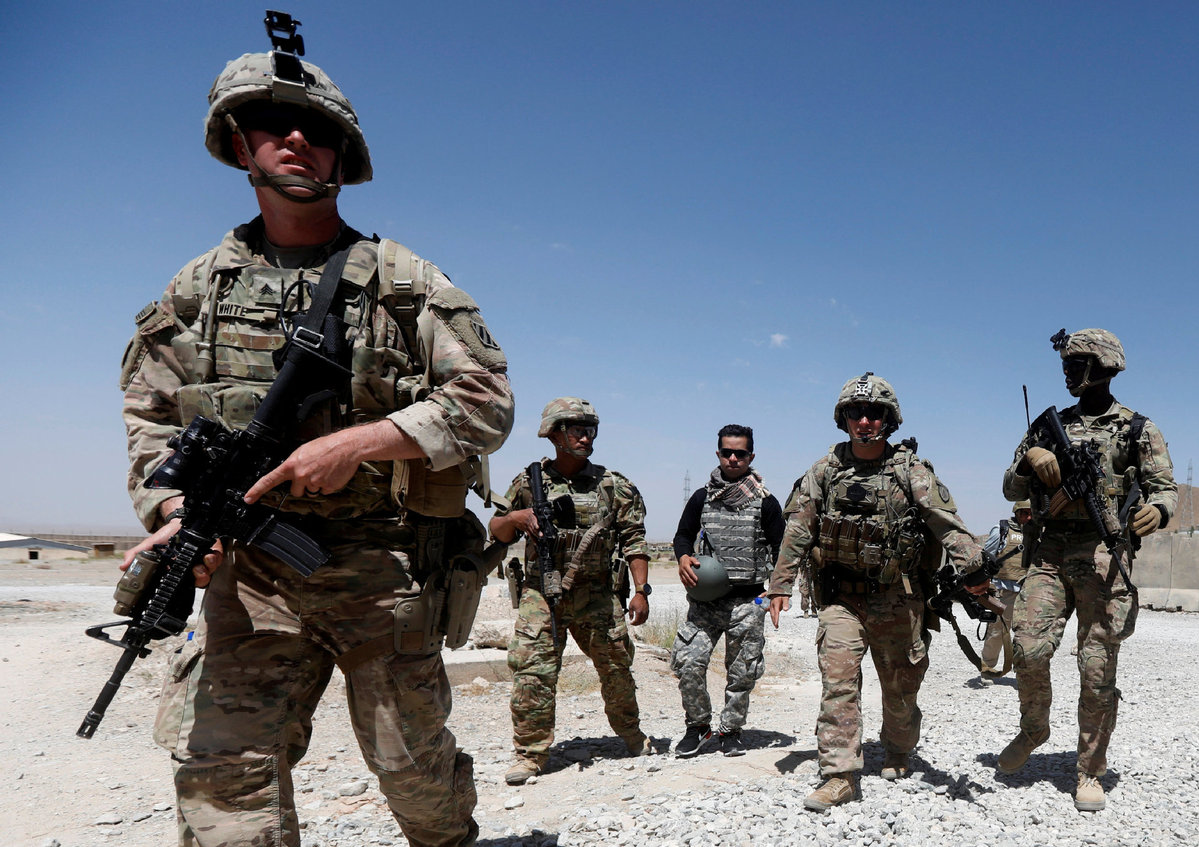 In recent years, the U.S. military has been facing extensive criticism from the international community for frequent maltreatment of prisoners.

The number of cases of sexual harassment and sexual assaults keeps rising in the U.S. troops. In countries including Afghanistan, Somalia, and Syria, armed forces of the U.S. frequently use unmanned aerial vehicles (UAVs) to carry out air strikes, causing massive civilian casualties.

What’s more, the U.S. government has been trying to cover up and downplay the fact that the U.S. military has killed innocent people and mistreated prisoners. It has even obstructed investigations conducted by the United Nations (UN) into these cases, arousing uproar around the world.

“Charlie Company shot a rocket into the wrong house and killed a family of four. We gave cash to the relatives who remained,” recalled Thomas Gibbons-Neff, Pentagon correspondent for The New York Times, in an article titled “A Marine Looks Back at His Battles in Afghanistan” published on website of The New York Times this September.

“We didn’t understand the Afghans. They mostly hated us for destroying their homes, accidentally killing them……” wrote Gibbons-Neff, who has been to the battlefield in Afghanistan as a marine.

The case of killing innocent civilians that Gibbons-Neff mentioned in the article is a common occurrence in overseas operations of the U.S. military.

As shown by statistics recently released by the United Nations Assistance Mission in Afghanistan (UNAMA), in the first quarter of this year alone, military operations of the U.S. military and its allied forces caused the death of 305 Afghan civilians.

This May, U.S. air strikes on alleged drug-processing facilities in Western Afghanistan accidentally killed at least 30 innocent civilians, including 14 children and a woman, according to a report released by the UNAMA this October.

However, the U.S. military denied reports of civilian casualties and claimed that it had targeted Taliban-run methamphetamine labs. Moreover, it expressed protest against the investigation report of the UN.

Widespread abuse of prisoners and detainees has also been found in the wars waged by the U.S. military around the world.

Early in the Iraq war, the U.S. troops were notorious for maltreatment of Iraqi prisoners. In recent years, such deeds of U.S. military as abusing prisoners and extorting confessions by torture have not been curbed.

The exposed methods used by the U.S. military to interrogate prisoners include slapping in the face, striking stomach, sleep deprivation, striping them naked, waterboarding, and forcing prisoners to hit the wall.

Chief prosecutor of the International Criminal Court (ICC) Fatou Bensouda spent 10 years trailing the crimes the U.S. military might have committed in Afghanistan, and affirmed that U.S. military personnel and the Central Intelligence Agency (CIA) operatives “committed acts of torture, cruel treatment, outrages upon personal dignity, rape and sexual violence against conflict-related detainees in Afghanistan and other locations.”

Bensouda asked for authorization in November 2017 to officially investigate the war crimes that might have been committed in Afghanistan by U.S. military and the CIA.

After that, the U.S. government threatened to impose sanctions against the ICC officials, and revoked Bensouda’s visa to the U.S., forcing the ICC to give up investigation into potential war crimes of the U.S. military.

The UN Commission of Inquiry (COI) censured the U.S. military for “launching indiscriminate attacks that result in death or injury to civilians amounts to a war crime in cases in which such attacks are conducted recklessly.”

Meanwhile, the U.S. government has spared no effort to cover up the fact that U.S. soldiers have killed civilians and abused prisoners, and indulged the U.S. military’s misdeeds, shocking people around the world.

Edward Gallagher, former Special Operations Chief of the U.S. Navy, was accused of intentional killing in Iraq, but was eventually acquitted.

In 2017, Gallagher stabbed a 15-year-old boy in the neck multiple times with a knife, killing the boy who was receiving treatment in Mosul, Iraq, after being captured. After killing the boy, Gallagher took photos of himself with the corpse, holding up his knife in one hand and grabbing the hair of the corpse with his other hand.

“I thought everyone would be cool, next time I will do it so no one sees,” Gallagher wrote to his platoon.

Besides, Gallagher was accused of shooting two Iraqi civilians when there was no security risk. Still, he was absolved and had his rank restored.

The list goes on. Clint Lorance, a former U.S. Army first lieutenant who had ordered soldiers to shoot at three civilians in Afghanistan and was convicted of second-degree murder, and Maj. Mathew L. Golsteyn, a U.S. Army officer who was facing trial for killing an unarmed Afghan he believed was a Taliban bomb maker, have both been absolved by U.S. government recently.

Office of the United Nations High Commissioner for Human Rights condemned the U.S. government for the decision, saying that the three cases involve serious violations of international humanitarian law and the perpetrators must be punished.

Rupert Colville, Spokesperson for the Office of the United Nations High Commissioner for Human Rights, said the decision of the U.S. government sent a disturbing signal to militaries, according to Reuters.

Such move of the U.S. government is explicitly prohibited in international conventions including Geneva Conventions and international humanitarian law, and perpetrators of severe war crimes should be investigated and held responsible for the misdeeds, said Colville.

Colville said that the decision to terminate criminal proceedings in the case of Mathew L. Golsteyn was “particularly troubling as it cuts short the regular judicial process”, according to Reuters.

The U.S. government only takes international law serious when it fits the interests of the U.S., pointed out James A. Goldston, executive director of a U.S. legal aid research initiative.