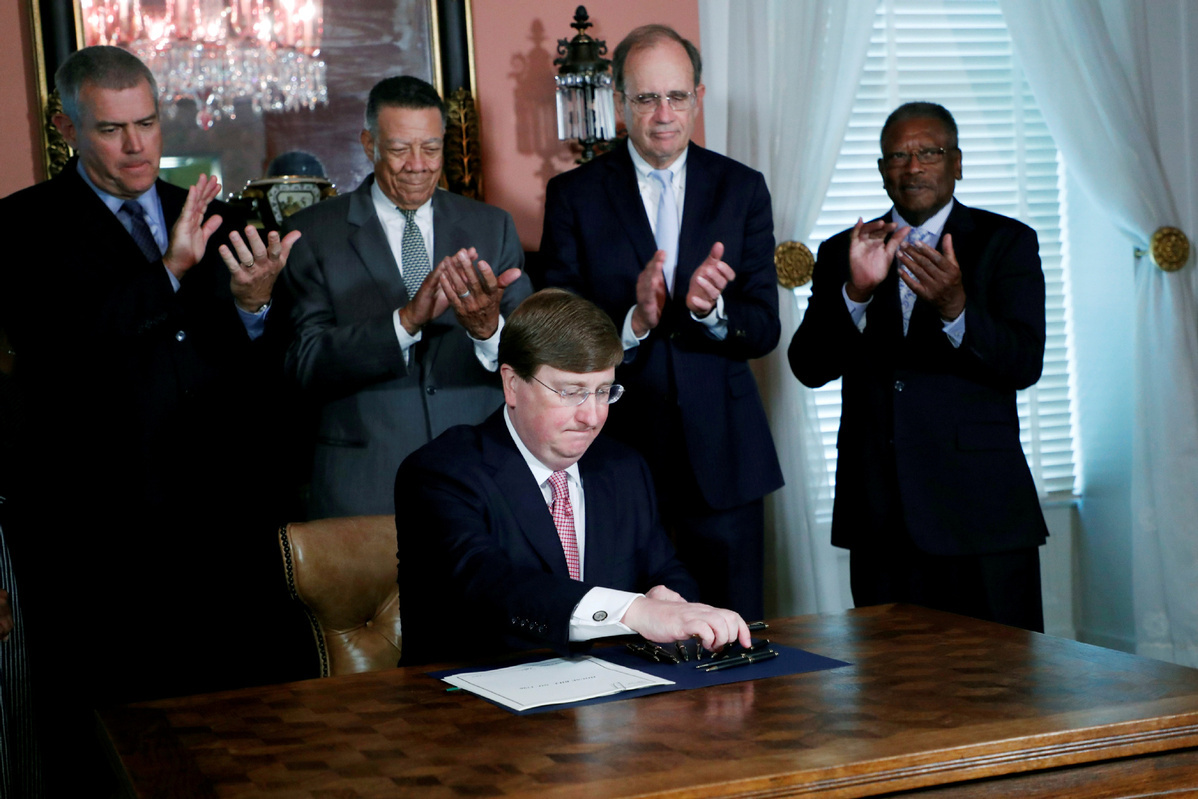 Mississippi Republican Gov. Tate Reeves completes signing the bill that retires the last state flag in the United States with the Confederate battle emblem, during a ceremony at the Governor's Mansion in Jackson, Mississippi, US June 30, 2020. (Photo: Agencies)

Before signing the bill, Reeves said he disagrees with the removal of statues through the country, but said: "I also understand the need to commit the 1894 flag to history and find a banner that is a better emblem for all Mississippi."

Mississippi state lawmakers on Sunday overwhelmingly voted to replace the state flag as protesters across the country demanded a reckoning to systemic racism following the death of black man George Floyd in police custody on May 25.

A commission will design a new flag that does not include the Confederate symbol broadly condemned as racist, said local media reports, and the new design will go before voters in November for approval.

The state flag, adopted in 1894, nearly 30 years after the end of the Civil War, is the last in the United States to feature the Confederate battle emblem.

African American people make up 38 percent of the Mississippi population.