WORLD US moves to reverse regulations for offshore oil drilling

US moves to reverse regulations for offshore oil drilling 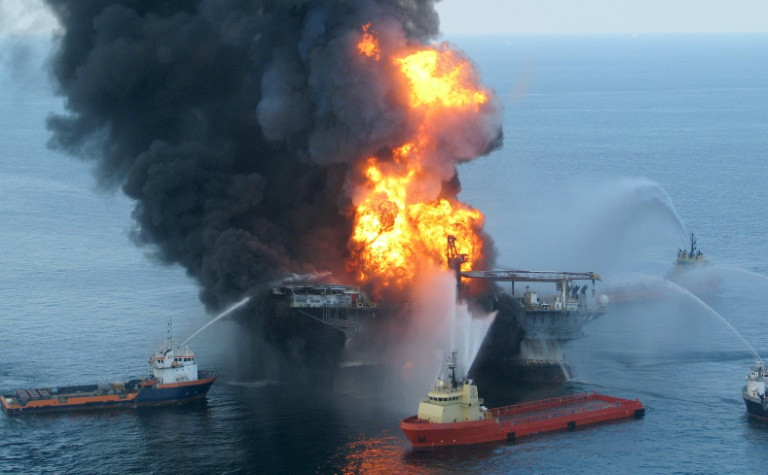 The US government on Friday published proposed new regulations on offshore oil drilling that would reverse safeguards put in place following the Deepwater Horizon environmental disaster in 2010.

The proposed rules ease requirements on safety and pollution prevention equipment for offshore rigs to promote more drilling, according to a statement from the Bureau of Safety and Environmental Enforcement (BSEE).

"By reducing the regulatory burden on industry, we are encouraging increased domestic oil and gas production while maintaining a high bar for safety and environmental sustainability," said BSEE director Scott Angelle.

"I am confident that this revision of the Production Safety Systems Rule moves us forward toward meeting the administration's goal of achieving energy dominance without sacrificing safety."

The bureau said the changes, published in the Federal Register on Friday, would save the industry at least $228 million over 10 years as it reduces "unnecessary" industry compliance burdens, according to the initial analysis.

The public has 30 days to comment on the rule changes.

In April, the administration of President Donald Trump ordered agencies to review rules that place undue burdens on the oil industry, as part of an overall bid to reduce regulations on business.

The BSEE was created in October 2011 in response to the Deepwater Horizon tragedy in April 2010, which killed 11 people and sent millions of barrels of crude oil pouring into the Gulf of Mexico. The leak gushed for nearly three months before it was stopped.

But the industry, led by the American Petroleum Institute, has long complained of the "flawed and costly approach" of the new regulations.

The BSEE said one out of every six barrels of oil produced in the United States comes from the outer continental shelf (OCS), for a total of over 550 million barrels of oil and 1.3 trillion cubic feet of natural gas.